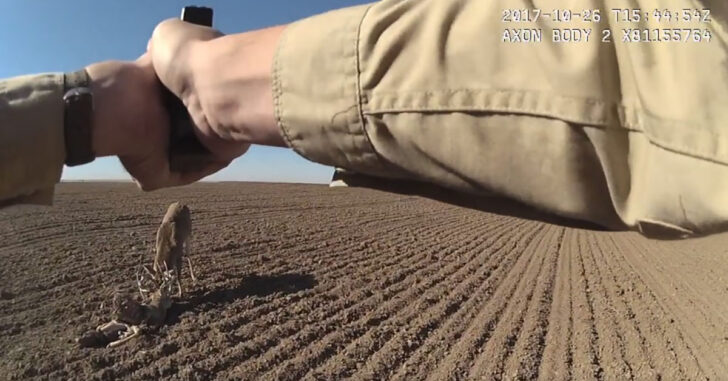 Now picture that rival buck dead after the struggle, and later on being eaten by coyotes while you’re still attached to him. That’s just crazy, and it’s exactly what happened to this buck until a Game Warden stepped in with his firearm and freed the still-alive buck who was waiting so long for freedom.

Guns.com reported on this incident, and also provided some other videos that show similar situations in which a firearm was introduced to separate the stuck feud.

The above video successfully separated two live deer, while the one below was a similar situation to the first video in this post;