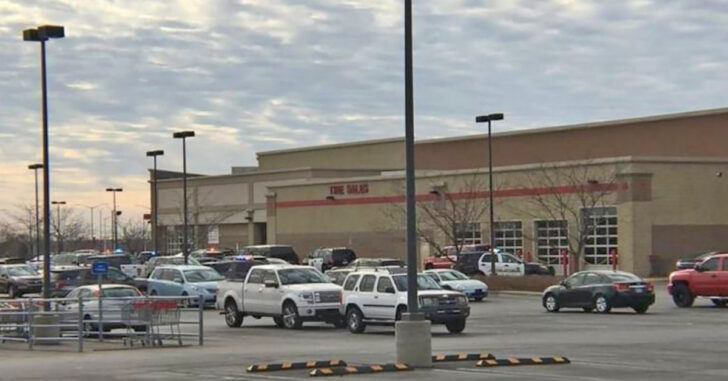 LENEXA, KANSAS — A man walked into a Costco store on Sunday and brandished a firearm while yelling, and people began to panic.

The chaos was quickly stopped, however, because an off-duty police officer just happened to be at the right place at the right time.

As soon as the officer noticed the firearm and imminent danger, he opened fire, killing the suspect.

Local media reports on the incident;

Police are still investigating exactly what the armed man said and did when he entered the store. They did not say what type of firearm he had.

“All I know right now is he brandished the firearm,” [Lenexa Police Capt. Wade] Borchers said. “Thankfully, there was an off-duty officer inside the store. And nobody got hurt.

“I don’t know what the subject’s intent was but before anything really bad could happen, he was stopped.”

No one else was injured during the incident.

As things were developing, employees were somehow alerted that a police officer was inside the store, and hoped that he would be able to stop this person with unknown intentions.

Witnesses described how the armed man entered the store, how shoppers fled the area or crouched in hiding, and how the sound of gunshots ended the episode.

The armed man was shouting as he approached the store, said Willits, the shopper from Merriam, who was near the front entrance at the customer service line. Some employees were shouting to close the metal security doors, but they couldn’t get the doors with their rattling chains down in time.

Suddenly he was in, she said, with a gun in his left hand down at his side. His unintelligle shouts were “louder than I heard anyone yell before…and I thought, ‘Oh my God.’”

Moments later, outside the back door catching her breath, Willits said, she heard employees say that there was a policeman inside the store. “Then we heard pop! pop! pop! pop! pop! — five or six — and they said those were gunshots.”

We may never know what this person was planning, but we do know that a good guy with a gun is the reason that no one was hurt or killed. Had the suspect not been met with force like this, we may indeed have an entirely different story to write about.

This is yet another story that we won’t see in the mainstream media. Just yesterday, we reported on a mass shooting that was thwarted by armed employees at an auto shop.

And it won’t be the last time, either. Whether people want to believe it or not, armed citizens can and do stop mass shootings from continuing, or from taking place at all.