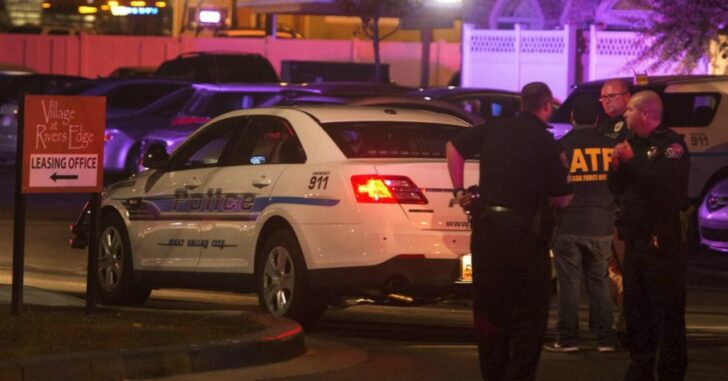 WEST VALLEY CITY, UTAH – Two teenagers tried to rob a man last tuesday, but they didn’t know who they were messing with at the time. However, they quickly found out.

The two teenagers accused of shooting a man during an attempted theft last week, didn’t know that their intended victim was an off-duty West Valley City officer, said police.

The officer had been checking his mail at a communal mailbox at home near 3300 South and 1250 West just after 7 p.m. last Tuesday, according to a news release from West Valley police.

As he walked back home, two suspects with a handgun stopped him and allegedly attempted to rob him.

“During the course of this robbery, multiple rounds were fired both at the officer and by the officer,” the release stated. The suspects fled.

The police officer was shot once in the foot and is recovering after leaving the hospital. The officer was not in uniform during the attempted robbery which indicates that the suspects didn’t know who they were getting involved with.

Concealed handguns protect people who cannot always rely on the police for protection, but when a victim is a concealed carrying police officer, there are usually one of the two outcomes: jail, or death.