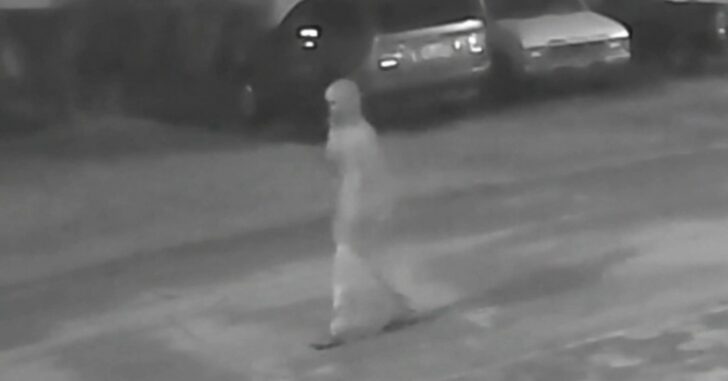 SEMINOLE HEIGHTS, FLORIDA — A fourth person was shot and killed early Tuesday morning while walking down the street to meet someone. The 60-year-old man was killed and left in the street by an unidentified suspect, who police believe are responsible for 3 more killings in the same neighborhood just last month.

The elusive killer was spotted by a witness in this morning’s shooting, and now police have some more information to go on.

The suspect in this case has been identified as a slim black man, 6 to 6-foot-2, with light complexion and armed with a large black pistol, while last seen wearing all black clothing, authorities said.

There has been a heavy presence of police in the neighborhood over the past month in hopes of catching the person responsible. The witness to this latest killing told police that if they had been there 5 seconds earlier, they likely could have caught the man.

“We do have a witness that we have been discussing [what happened],” interim Tampa Police Chief Brian Dugan said. “When I spoke to her she said, ‘If our officer had been five seconds earlier, he would’ve been able to stop it.’”

Because of the heavy police presence, they arrived to the scene “within seconds” of the 911 calls after the gunfire was heard.

Another person who heard the gun shots and saw a man running had a different estimate, according to local media;

Elton Sheppard, 73, who lives near the food bank, was getting ready to go to the laundromat, too, when he heard five shots. He estimated that police arrived five to 10 minutes afterward.

I’m not arguing the official narrative, but 5 seconds or 5 minutes can unfortunately give the suspect enough time to get away.

Check Your Guns (And Maybe Carry Them, Too)

Dugan recently asked residents to check on their own firearms to make sure that none have gone missing and if they notice one is in fact missing, to call them immediately.

“If you own a gun and it’s in your home, I want you to go to your gun and find out if it’s still there,” he said. “Verify it’s where it’s supposed to be, and if it’s not, we need you to call us.”

While checking on your firearms is good, carrying of firearms is a good idea as well. Who knows how many concealed carriers walk the streets or drive the streets in which these incidents are occurring, but it sure can’t hurt to have an armed citizen nearby if something like this happens again. That 5 seconds could be the difference.

The entire area has residents fearing a simple walk down the street, and police have been urging people to walk in pairs when out. It’s a shame that folks can’t walk in their own neighborhood with such fear, and it likely won’t ease up until this suspect is captured.

I urge people who have concealed carry permits in that area, and who travel in that area, to carry their firearm at all times (like you should be doing, anyway). Train, be aware of your surroundings, and be on alert.

Previous article: Father Steps In With Gun During An Attempt By Four People To Kidnap His Daughter Next article: Unbelievable: Father Shoots Into Car Carrying His Children