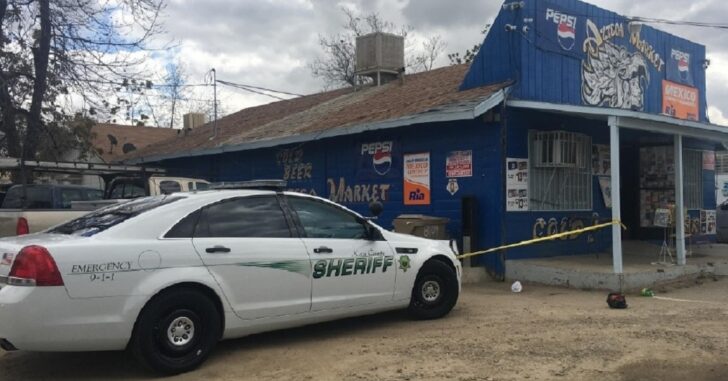 BAKERSFIELD, CA — A shop owner who shot a man in the back, back in March, was sentenced for the decisions he made.

However, what’s surprising here is not the fact that he was sentence, but the length of his sentence — it’s about as light as could be.

According to 23 ABC News:

Elias Aguilar, the store owner who shot a shoplifter back in March, will spend 30 days in county jail. Aguilar was sentenced Tuesday morning after pleading no contest to assault on a person with force-great bodily injury.

In March, Aguilar shot David Carrillo, who attempted to shoplift $11 worth of items from the Azteca Market on Weedpatch Highway. Aguilar shot at Carrillo twice, hitting him once in the back. Along with his 30 days in jail, Aguilar was sentenced to 90 days probation. His jail time will count toward that jail time, meaning he will only have 60 days of probation once he is released.

Listen. Unless that shoplifter has a firearm, knife, bat, etc. out and is clearly a belligerent, you don’t open fire. Whatever they’re stealing, it’s not worth your freedom. It’s not worth your life. Replacing it will almost certainly be cheaper than whatever legal fees you’ll wind up with — and if you shoot an unarmed shoplifter, there’ll be legal trouble.

It is nothing less than astounding that this man was able to get so small a penalty for shooting a man in the back, even if he was a shoplifter. Other courts will not be so kind.

Stay safe out there, folks — but also stay smart. Keep a cool head. It’s more important than a defensive tool.

Previous article: Why You Need A Pocket Pistol, Even If You Don't Pocket Carry Next article: Elderly Couple Shoot Suicidal Man After He Drives Car Into Their Home and Started Shooting