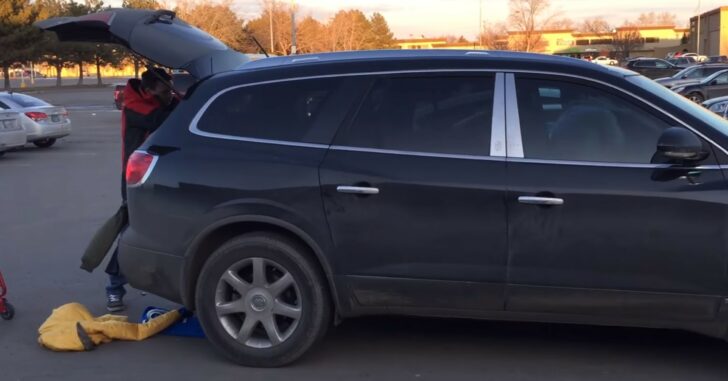 BILINGS, MONTANA — A man has been charged six months after firing shots at suspected shoplifters in a busy parking lot, and we called it from the beginning. It’s a pretty simple case of ‘what not to do’ with your firearm.

To freshen up, take a moment to watch the video of the incident.

City prosecutors have filed charges against a man who fired his gun during an attempted citizen’s arrest in the Rimrock Mall parking lot.

The charges against James Ellis Newman, 30, come six months after the Feb. 25 incident.

Newman was charged on Aug. 18 in Billings Municipal Court with negligent endangerment and unlawful discharge of a firearm. The charges are misdemeanors.

The Yellowstone County Attorney’s Office previously reviewed the case and declined to file any felony charges.

Police determined that three of the bullets hit the car. Watch the video of the incident to get a clearer picture of what went down that day.

Newman felt that he did the right thing, and expressed those opinions in an interview after the incident.

“At no point was there anybody in danger and I’ve said this to several people. Yeah, I put myself behind a vehicle, maybe that’s not how you conduct your business, but that’s what I did. I chose to do that and yeah it resulted in shots fired. But at no point was any other person in danger. And the ricochet factor, you’re stretching for it, they’re stretching for something to throw out there. ‘Oh well this guy is an idiot, he’s just a gun-toting vigilante.’ No, I’m just your average person walking around.”

With bystanders and other unknown people in the mall parking lot, he’s lucky that the car was all he hit. No amount of merchandise is worth hitting a bystander. While Newman may strongly feel that he still did the right thing, it’s rather irresponsible to do what he did.

Here we are again! In almost all the article, I see how important is to take this information into deep consideration. And just to emphasize #7…

Reflexively spraying rounds in the general direction of an attacker is a great way to injure or kill others – with absolutely no guarantee of taking out your target.

In this case, though, there was no actual threat other than the vehicle coming back towards Newman. Even in that case, he positioned himself in a pretty bad –and vulnerable– area.