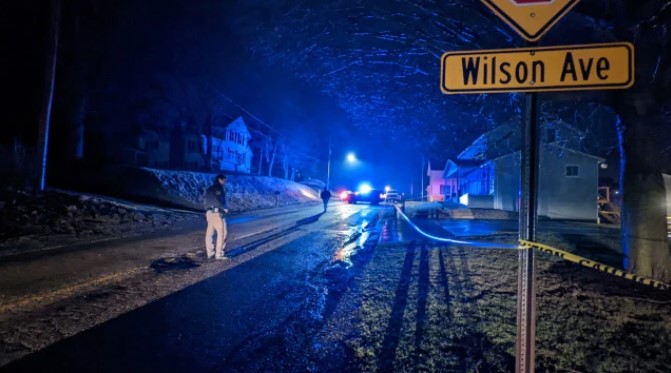 KENT COUNTY, MICHIGAN — In the early morning hours of March 31, homeowner Alan Lenhart heard a noise.  He looked out the window to see 39-year-old Christopher Worth breaking out the windows on his truck in the driveway.  Lenhart, who was home with his wife, shouted for the man to go away.  Worth drew a handgun and began to walk up to the house, demanding that Lenhart hand over the keys to the truck.

Worth proceeded to the rear of the home and began trying to force his way in, while repeatedly demanding the truck keys.  Lenhart warned Worth that he was armed and told Worth to go away.  When Worth forced the back door partially open, Lenhart clearly warned him that he had a shotgun pointed at him and told him again to go away.

Worth then fired several rounds from his firearm at Lenhart.  Lenhart took cover and returned fire.

Arriving Kent County deputies found Worth near the home, and he died on the scene.

Lenhart estimates that the incident went on for about 5 minutes before he fired at Worth.  Lenhart said it was tough to shoot his attacker.

Worth had a lengthy history and was currently out on parole at the time of the break-in.  Worth was also a suspect in an earlier crash and multiple vehicle thefts in Allegan County.  Worth has a history of drug charges, armed robbery, unarmed robbery, and vandalism.