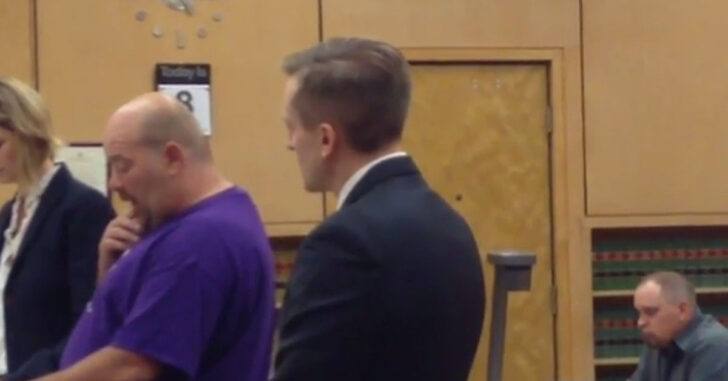 A man recently learned his fate after a November 3rd incident where he fired at a fleeing suspect who attempted to steal his Jeep, and wound up sending a bullet into a neighbor’s home. The neighbor, asleep in her bed, was hit with the bullet and killed. Local news reports;

Judge Timothy Ashcraft settled on a high-end sentence of eight years, six months in prison for Panton — which is what deputy prosecutor Erika Nohavec asked for. He previously pleaded guilty to first-degree manslaughter in Green’s death. Nohavec told the judge that 41-year-old Panton took matters into his own hands instead of calling 911 when he saw someone stealing his Jeep from outside his house in the Prairie Ridge neighborhood. “He didn’t think about any of his neighbors,” when he fired his gun at the thief, she said. Some people who were walking their dog ducked when they heard the bullets. A bullet was found in the living room of another neighbor.

As we know, another bullet struck and killed a neighbor, 61-year-old Linda Green. The man, 41-year-old Tobin Hugh Panton, regrets how he handled the situation that day.

“He regrets now and will forever regret the decision that he made in an attempt to salvage the vestige of his own father,” defense attorney Bryan Hershman said before Panton was sentenced for killing Green. “It cost the life of a wonderful woman. It imperiled a neighborhood.”

This story serves as a sad reminder to the simple fact that it’s never a good idea to fire at a fleeing suspect. The tools of Panton’s deceased father were in the Jeep, and the last thing he wanted was for the thief to get away with both those tools and the Jeep. Acting on impulse and emotions, Panton unfortunately made a decision that could never be taken back. Once that trigger is pulled, you’re unable to stop the bullet. Be mindful of every trigger pull, even under pressure. It’s unfortunate that a thug was responsible for the start of this, but we as gun owners are responsible for the outcome in many cases.
Categories: General, Irresponsible Gun Owner, News

Previous article: This Young Woman Used A Concealed Carry Method That's... Not Recommended Next article: Angry Ex Bashes in Woman's Door, Gets Greeted by the Equalizer