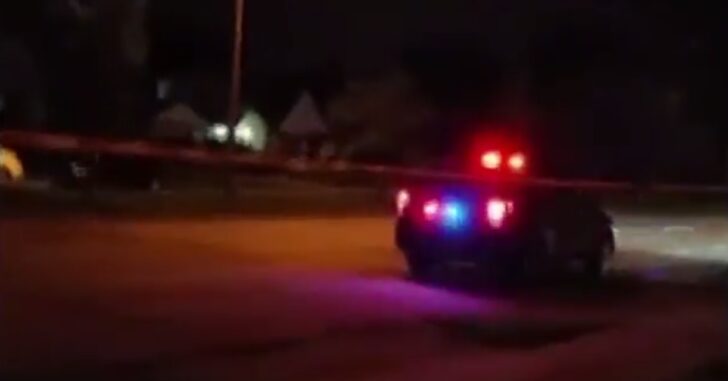 MILWAUKEE, WI — A man from Wisconsin is lucky to only have a head injury following a pretty savage assault from a robber who clocked him over the head after presumably following him down the street after seeing him withdraw cash from the ATM.

He escaped further harm because he was responsibly armed, of course.

Police said a 51-year-old man was walking in the Jackson Park neighborhood when the robber hit him in the head. Neighbors said the man told them he had been at an ATM up the street, and he had just withdrawn cash. He was walking home when the robber attacked.

“He was obviously following him from the bank because he knew he had money on him,” (local resident Sierra) McFatridge said. The robber’s weapon was a rock. It was the victim who had the gun.

“Hit the guy with a rock in his head, and the guy who got hit with the rock fired,” said Gina Sarabia, McFatridge’s mother.

“He didn’t expect that guy to have a gun,” Sarabia said. The robber got away. A neighbor spotted a woman in a getaway car and gave police the license plate number.

It was further reported that the victim was taken to the hospital for his injuries, but his life was not in danger, thanks to the proper utilization of his defensive tool.

It’s pretty amazing what people who are hard-up for money will do. You would think that assaults after, I don’t know, the 1820’s, wouldn’t involve the most basic weapon humanity has ever had other than its own two hands.

We say “Never bring a knife to a gunfight.” Ditto for rocks.

Previous article: Store Owner Fires Shot At Attempted Intruder Next article: #DIGTHERIG - Thomas and his Glock 29 in a Desantis Holster