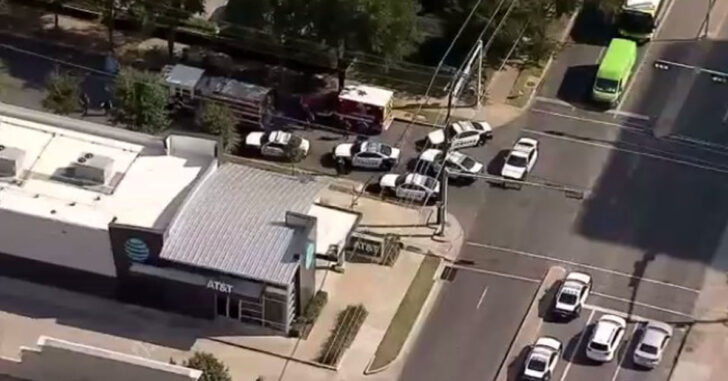 DALLAS, TEXAS — One person is dead after threatening a man in a parking lot outside of an AT&T store early Monday morning.

Local news reports on the incident;

The person who called police said someone ran up to him and threatened to kill him, said Melinda Gutierrez, Dallas police spokeswoman. The caller, who is a concealed handgun owner, shot and killed the person, Gutierrez said.

While this type of incident isn’t very common –someone running up to you and randomly threatening to kill you– it does happen. Until the official story is out, this is all the information that we have to go on.

After a self-defense shooting, you’re going to be questioned by police, which is why it’s no surprise that the unidentified man who pulled the trigger was brought to the police station.

One person was seen detained in the back seat of a police cruiser. Neither of the people involved have been identified and police have not said if the man who shot the other will face any charges.

The man shot and killed was identified as 31-year-old Alexander Horton.

Once more information becomes available, we will update this space.

Previous article: [VIDEO] Changing Your Grip For Better Accuracy Next article: Armed Robbery Suspect Thinks He's Getting Away, But An Armed Customer Had Other Plans