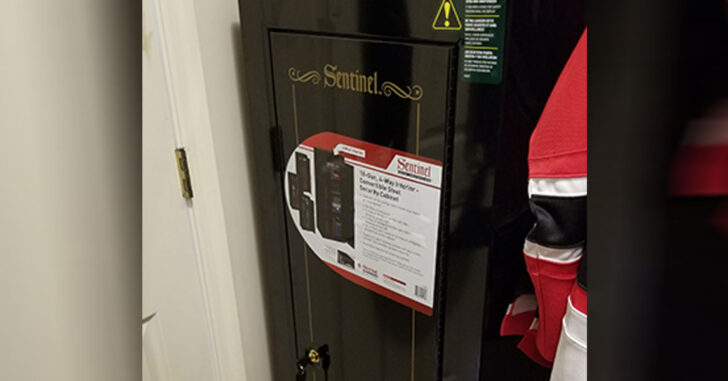 In the very real danger of Hurricane Irma for Floridians, many are –or have already– fleeing the most dangerous areas. Some of those people are under mandatory evacuation orders, while many others are heading north just to be on the safe side.

With it being legal to carry concealed for a 48-hour period during an emergency evacuation, what about other firearms that someone may have? Do they leave them at home, or take the whole cache with them?

Staying in possession of your firearms is important, and that means taking them along with you. There are numerous factors at play here, and we’ll just name a few things that could go wrong if you choose to leave them behind:

Looting is a serious problem, both during and after hurricanes. These thugs will seize the opportunity to seize your firearms and ammo, because they know with great certainty that they’re left unattended.

If you absolutely must leave your firearms behind, make sure to have them hidden and as secure as possible. If it’s a built-like-fort-knox safe, the looters will likely not take the time to try and break into it and simply move onto the next house. If you are keeping them in a safe, make sure it’s one that is both water and fire proof.

And, bolt that mofo to the ground. Assuming the walls are still around to contain the safe, it’s better than someone(s) simply walking out of your house with everything.

We decided not to leave our area, but we’re also not in the current direct path of the storm. If we were leaving, or are leaving, all the firearms will be coming with us. It’s just safer that way.

Previous article: Armed Intruder Walks In, Shot By Homeowner, Then Runs To Neighboring Homes For Help Next article: Watch: 4 Drums, 2 Guns, All Awesome