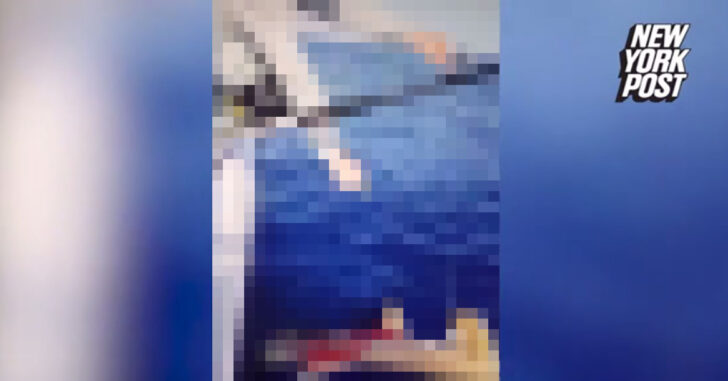 SIESTA KEY, FLORIDA — A stone’s throw from where we’re located, a fisherman and his buddies were out doing their thing when they caught a hammerhead shark. What happened next earns the man behind the gun an Irresponsible Gun Owner award.

The footage shows a man in sunglasses and a red hat pointing a gun at a shark that was just caught. He begins firing bullets into the shark’s gills and then chuckles afterwards. The person who filmed the video handed it over to animal rights activist Rush Rector and told him that the incident occurred Siesta Key near Sarasota. “My first reaction was how ridiculous it was and how cruel it was, quite frankly. This was all done so they can videotape it and show it to their friends,” he said, adding, “If you are going to kill a shark, you shoot it in the head. He fired shots into the gill, causing the shark to bleed out and suffocate.”

According to a Miami Herald article, it is legal to shoot sharks in federal waters but not in Florida waters. I’m not a fisherman, but I can’t find a reason to shoot a shark from your boat. If you were in the water and carrying your gun (which you aren’t) and were being attacked by a shark, then shoot away. But in this case, it seems that the fisherman did this act for fun. I’ve read quite a few articles on this incident, and wonder why no one has discussed the discharge of a firearm out on the water. While I don’t know exactly where they were, if people were around, or anything else for that matter, all of that information could come into play when we talk legalities. Upon research, it seems that open carry can be done in FL when hunting, fishing, or target shooting. But what about shooting a pistol from your boat, in FL waters, at a shark? Let’s consult the experts. Anyone out there?
Categories: General, Irresponsible Gun Owner, Video