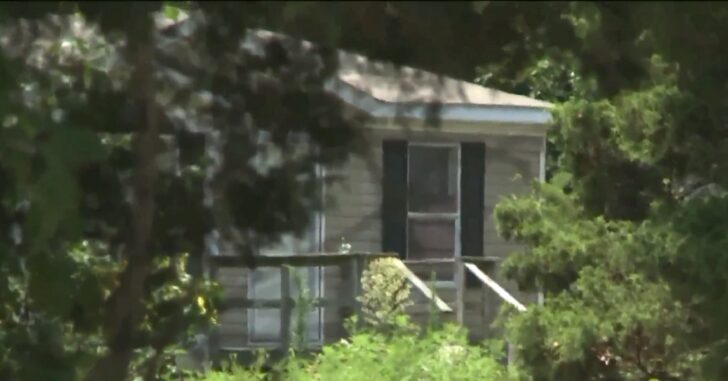 PANOLA COUNTY, MS — A man is dead after the climax of a series of confrontations between an estranged husband and wife, reports WREG.

Estranged wife Phyllis Hamm is not in custody after shooting and killing her late, estranged spouse, Clinton Hamm, at their home outside Batesville, Mississippi.

Clinton had been under a protective order that expired just days before the shooting.

WREG reports that the problems between Phyllis and Clinton were well-known to the neighbors, which is an accomplishment, because the homes are fairly spread out.

The arguments finally ended when Phyllis shot Clinton, seemingly in fear for her life, according to the Panola County Sheriff’s office.

Folks around the neighborhood are sorry that the shooting and killing happened — but do not seem to be judgmental of the step Phyllis took.

“I’m sad that it happened that way, but it sounds like she protected herself,” neighbor Hilda Tucker said according to WREG.

“It is sad. I mean I know that kind of thing happens.”

It’s a quiet area where the fight happened, and Clinton had done some work for a few of the neighbors — but that’s all that some residents seem to know of the couple, other than their conflict.

“I really didn’t know him that well. He had a little sawmill that he would saw up logs for people,” recalled neighbor Ricky Runnels according to WREG.

Of course, the shooting of anyone — especially a family member, estranged or otherwise — is a tragedy. Sometimes responsibly-armed citizens don’t have the choice, however, and are forced to take action.

Part of being a responsible citizen is being at peace with as many people as you can — including family — so that any tragedies like this that can hopefully be avoided.

Previous article: Intense Video Shows Officer Being Shot Point-Blank, Assailant Sentenced To 35 Years Next article: VIDEO: So, What Do You Carry? Do You Carry Uncommon?