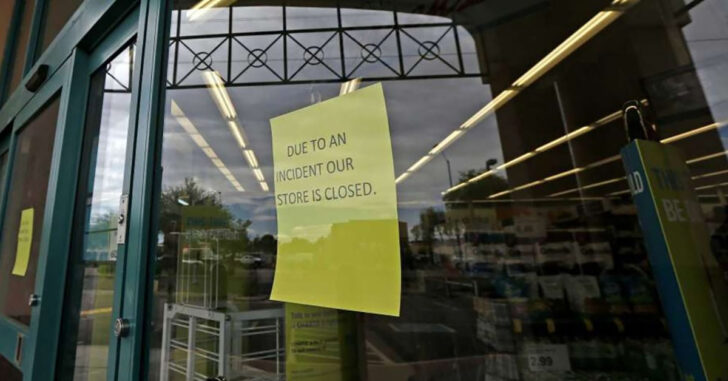 PHOENIX, ARIZONA — An armed customer at a pharmacy is credited with thwarting an attempted armed robbery Tuesday night. The robber, looking for drugs, didn’t see it coming.

The customer pulled his gun after the robber jumped the counter of the pharmacy and pointed his gun at employees. While demanding opioids and scaring everyone half to death, the armed citizen took the opportunity to step in and shoot the robber.

Police found a dozen employees and customers hiding from the wounded suspect who had taken refuge in an area at the back of the store.

Officers directed people to leave the business before a police dog was used to pull the wounded suspect away from his gun, Howard said. Officers administered CPR but the man died at the scene.

Police didn’t release any information on the suspect, identified as 30-year-old Stephen Holguin, but we can guess that he was there for one of two reasons:

In any event, this man was unfortunately going down the wrong path in life. Regardless of what people may say, it’s always a sad day when someone loses their life. Of course I don’t agree with the choices he made, but it’s still unfortunate that it came to this.

As far as the armed citizen’s choice goes, we stand by it 100%. Some would argue that he should have not pulled the trigger so quickly, but we disagree. If you have someone pointing a gun at another person and threatening them, you have no idea what their next move will be. However, you have the choice of what your next move will be, and this armed citizen chose to act on instinct and save the lives of numerous employees and customers.

But, in the end, this is a reason why we choose to arm ourselves. Whether sitting at home watching TV, pumping gas at the gas station, walking down the street with a friend or waiting in line at the pharmacy, we can find bad people attempting bad things everywhere.

Previous article: [VIDEO] Guy With Umbrella Takes Out Guy With Gun On Beach Next article: Homeowner Shoots Knife-Wielding Burglar, Because You Don't Bring A Knife. . .