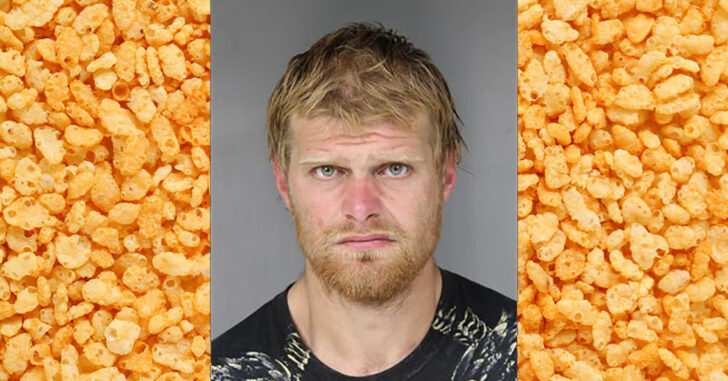 EUREKA, CALIFORNIA — A man, who fancies breakfast foods, decided to put some rice krispies inside a shotgun shell. The next big idea was to shoot someone with those fast-propelling pieces of cereal.

According to KRCR, Eureka police officers received a “shots fired” around 3:25 p.m. on June 7. They responded to find the wounded man and learned that the suspect, 29-year-old Timothy Glass Jr., had fled the scene on a bike.

The victim was transported to a hospital, and police determined that Glass had shot him using a flare gun, which was loaded with a shotgun shell packed with Rice Krispies.

The person shot wound up with a wounded hand, and he also declined to press any charges against Glass. While we don’t know the circumstances surrounding this cereal assault, it’s something that you don’t see everyday.

And that’s it for your Weird News of the Day.

Previous article: Is the Snub Enough Gun? Next article: THIS IS WAR: Florida Sheriff Urges Citizens To Arm Themselves To Defend Against Attacks