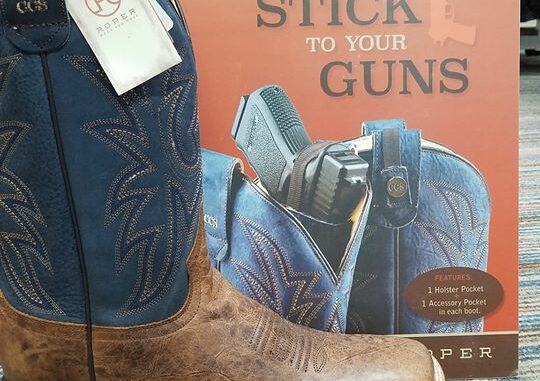 Should I be embarrassed that this is the first time I’m hearing about these boots? I don’t wear boots, but it makes sense that something like this exists. Being in the concealed carry world for almost a decade now, you’d think that I would have seen them by now. The company that makes them, Roper, has been around since 1948. I tried to see how long they’ve had these products available but could not find the information.

As you can see from the photo above, the boots have ‘pockets’ for your firearm to sit in, and a strap to secure it. Depending on the size of your firearm, your pants will have to vary in width where they meet the boot.

How comfortable is it to carry a gun inside your boot? I don’t know and I don’t think that I’ll ever be able to tell you, for the following reasons:

Would you ever buy a pair?