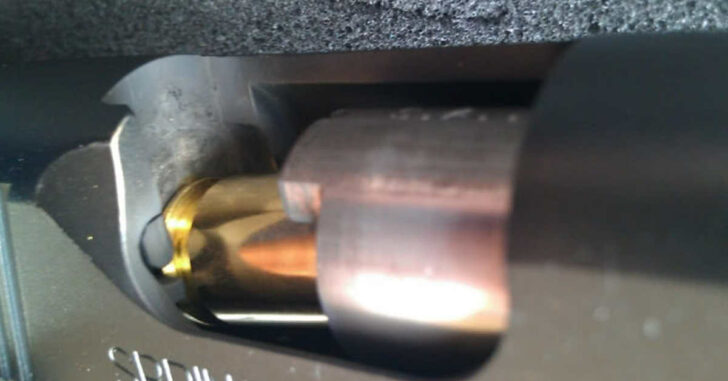 I’ve seen it all the times on the gun forums. A new gun owner comes onto the site and posts pictures of his gun in some state of minor malfunction and claims that the pistol is completely unusable because of that one malfunction.

“I picked up a brand new (insert gun here) and here’s a picture of a stove pipe.

I’m getting rid of it. What should I pick up?”

Before you trash a gun (or sell it used on the market), here’s a couple things you should consider:

If you bought your handgun “new in box” (NIB), you’re probably not going to get the price you paid for it. If you bought it used, you’re definitely not going to get the full price for it. Selling a gun as a private individual, you’re most likely going to deal with a vendor with a Federal Firearm License. Unless your handgun is in high demand — like a collector’s version or something that makes it unique — you can expect to take a hit.

Before you do that, consider the idea that your gun may be 99% perfect and just needs a very simple repair.

Guns That Can Be Fixed Easily Shouldn’t Be Tossed

This comes up a lot when you deal with used guns. How many times, when browsing for used guns, do you get a chance to fire them before you purchase? Outside of ranges that have a gun shop and encourage that behavior (good on them) and private sales between close friends or family, likely not.

And it’s good to run any gun you plan on owning a long time through a basic endurance test. While I made an argument for 1,000 rounds in this article, the most important thing is to run the gun through multiple magazines until you can get a good idea of how it handles.

If you encounter a malfunction such as a ‘Failure to Fire’, ‘Double Feed’, ‘Failure to Battery’ or ‘Failure to Chamber’, I wrote another article to give you a better idea of what to do when you think your gun malfunctions.

With those two articles in mind, when you encounter some sort of malfunction or problem, it’s far better to get an accurate look at what is going wrong versus writing the whole gun off entirely.

What happens if you take it to a gunsmith and he looks at it, diagnoses the problem, and fixes it for a $20 part? That gun may last you, reasonably, the rest of your life depending on how you fire it. That’s an investment in you and your property.

Now, if you try to sell that gun to someone else, pocket the difference, and buy another gun, you’re no where closer to learning what caused the problem in the first place. This brings us to our last great big topic…

Operator Error is a term used to describe when someone uses a product incorrectly. The natural point of blame is on the product — in this case a firearm. And it could be the firearm. But here’s a couple factors that easily feed into how well a handgun works: That is a nice gun that I enjoy shooting and if I simply consigned, ‘oh it’s trash because it failed to chamber’, I’d have lost out considerably.

Before you assign blame to a gun, check the following:

If you can remove reasonable doubt from these three common problems, then you can start taking a much more critical look at the gun.

This is also why every concealed carrier needs to regularly shoot his or her gun at the range. It’s not just for marksmanship or proficiency — it’s also to check to ensure there’s no problems with either how you handle the gun or how it handles your demands.