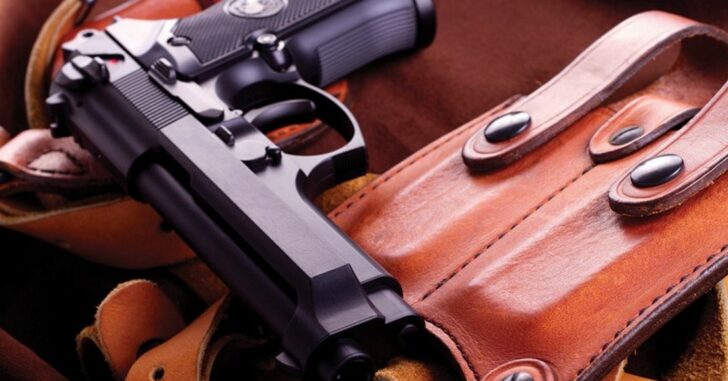 Yesterday, Governor Chris Christie announced that his administration has formally adopted the police rules introduced in 2016 which more clearly define the state’s “justifiable need” standard for issuance of concealed carry permits.  For years, the state’s unreasonable standard has been used to reject the overwhelming majority of applications for concealed carry permits.  While citizens in 43 states are able to exercise a basic, fundamental right under permissive carry laws, New Jersey issues virtually no permits.

The Garden State remains an extreme outlier when it comes to its harsh gun laws.  These laws have done nothing to improve public safety and only serve to harass law-abiding gun owners.  Evidence of their failure is clearly visible in some of the country’s most violent neighborhoods in cities like Camden, Patterson, and Newark, among others.  Clearly, gun control has not worked.   However, anti-gun politicians in Trenton remain undeterred.  After the Governor’s initial action last year, they quickly scrambled to undermine the executive action by invoking a rare constitutional provision.  However, the Legislature ultimately failed to take the necessary steps to invalidate the Governor’s actions.

Governor Christie should be commended for his bold action.  While politicians at the Statehouse enjoy armed security, citizens are left helpless in providing for their own safety, even if they’re faced with rather serious threats.  Unfortunately, we’ve seen too many tragic cases where honest citizens have fallen victim to the state’s indefensible gun laws.  The implementation of today’s rule revision is an important incremental step to restoring a core constitutional right to self-defense in New Jersey.

Please contact Governor Chris Christie at (609) 292-6000 and thank him for supporting the Constitutional right to self-defense of New Jersey citizens.

Established in 1975, the Institute for Legislative Action (ILA) is the “lobbying” arm of the National Rifle Association of America. ILA is responsible for preserving the right of all law-abiding individuals in the legislative, political, and legal arenas, to purchase, possess and use firearms for legitimate purposes as guaranteed by the Second Amendment to the U.S. Constitution.

View all posts by NRA-ILA