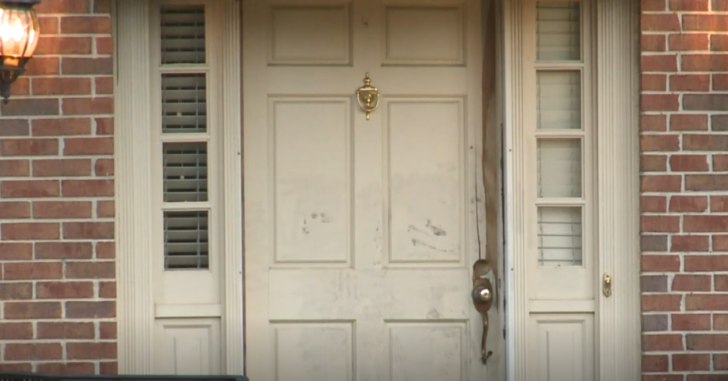 ROCKDALE COUNTY, GEORGIA — The nightmare scenario that we all hope to never experience. Multiple people gain entry in your home with weapons. They chase you down, kick in your bedroom door and open fire on you. This happened to one woman in Georgia; but she fought back.

Rockdale County Sheriff Eric Levett was at the scene on Tuesday night on Lost Valley Drive in Conyers. He said deputies received a call sometime after 6 p.m. about a person shot. When they arrived they found the injured woman.

“She indicated that two black males entered her residence by way of kicking in her front door,” Levett said. ” She somehow made it to her bedroom to take cover and locked her self inside the bedroom.”

However, the suspects ran up the stairs and kicked in that door as well.

“Shots were fired,” Levett said. ” We don’t know if she shot first or if the suspect or suspects shot first.”

The woman was shot twice, the sheriff said. They believe she struck one of the men. Authorities said the suspects left the scene after the exchange of gunfire.

The police later located a suspect suffering from a gunshot wound. Both he and the female homeowner were taken to the hospital to undergo surgery. The home invaders did not seem prepared for the homeowner to shoot back. Once she returned fire, and wounded one of them, they took off and left the house.

Police are trying to determine if the house was targeted for a specific reason. They are also considering that the woman may have been followed. In either case, the home invaders entered the house with a violent intent. Had they been there just to rob the place, they could have left the homeowner behind a locked door while they took what they wanted.

Instead, they went right to her room and smashed down the door. That is when the gun battle started. Both groups exchanged fire, and the homeowner was struck twice. She did manage to land a hit on one of the invaders before they tucked tail and fled.

Police later captured the other suspect involved in the shooting. He has been arrested on multiple crimes. There has been no update on the status of the homeowner.