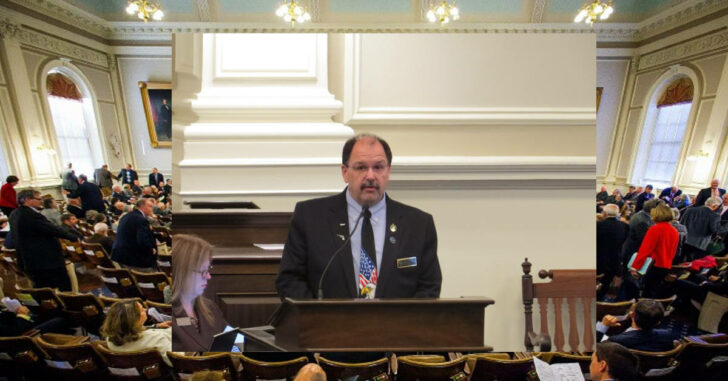 CONCORD, NEW HAMPSHIRE — The House of Representatives passed Senate Bill 12 last Thursday in a 200 to 97 vote. The vote confirms an earlier approval by the New Hampshire Senate and means this bill will go to Governor Chris Sununu’s desk.

Everytown for Gun Safety is a non-profit shell effort to promote Massachusetts and New York style gun control measures in states that adamantly refuse to adopt them on their own. The group is funded in part by New York City Mayor Michael Bloomberg.

That group is considered widely responsible for an influx of out-of-state funds during the recent election cycle and further measures to smear long-standing proponents of constitutional carry in the Granite State.

The vote for Senate Bill 12 was not done purely along party lines. Some republicans, such as Rep. Robert Elliott, R-Salem, came out against the measure saying that permits somehow protect citizens from criminals and a “society that has gone crazy”.

Unsurprisingly, Elliot had no actual data to back that argument up.

As a New Hampshire resident, I feel the need to point out that Massachusetts politics constantly tries to leak North. Despite Maine and Vermont both being constitutional carry states, New Hampshire was held back for the longest time because of entrenched Massachusetts-style politicians.

Prior attempts to pass permitless concealed carry have failed in large part due to the entrenched politics of New Hampshire. Governor Maggie Hassan shot down similar measures twice in just the last year. Unable to overcome a veto, the House and Senate had to wait until they had a Republican majority before moving ahead.

The current law in New Hampshire allows for open carry without a permit. Pistol & Revolver Licenses (PRL) are $10-$14, last for four years, and are approved by the town police chief.

The only issues people generally bring up have nothing to do with the majority of New Hampshire. Plenty of people have voiced complaints that Manchester and Nashua — two of the most crime-ridden cities in New Hampshire — will somehow become even worse than they were before as a result of permitless concealed carry.

The heroin epidemic, which as of yet has not been seriously addressed by any of the states in New England, is one of the main fuel sources for crime in New Hampshire. It has destabilized homes, created hardened career criminals, reinforced gang violence, and perpetuated the degeneration of two of New Hampshire’s biggest cities.

To be perfectly honest, there’s no political solution to this problem that career politicians are willing to tack their names to. In the absence of that, I have absolutely no problem allowing just about any citizen to voluntarily arm him or herself. It’s a long road between the home and work. Now there’s hopefully more people who will consider carrying a gun while they drive it.

This bill still needs to be signed into law by Governor Chris Sununu. Until that happens, keep that permit in your wallet and carry that gun everywhere you go.