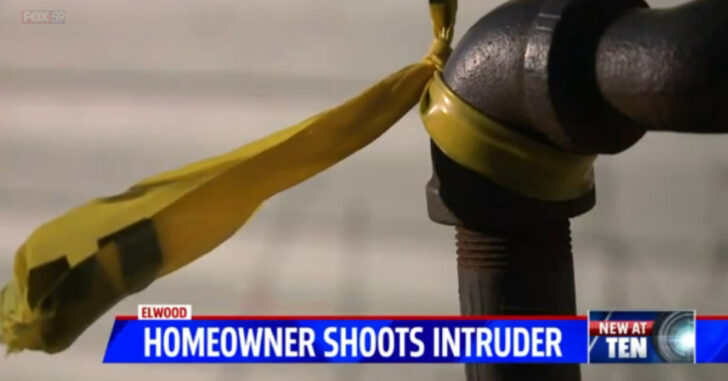 As FOX 59 reports, the intruder is believed to have fled the scene of the crime and desperately called for help from another homeowner. The first homeowner is described by his neighbors as a very forthright and good guy, someone who “wouldn’t do anything to anyone unless they did something to him first.”

The Good Samaritan described the man banging on his door as having blood all over his shirt. When the Good Samaritan removed the shirt of the intruder, he discovered a bullet wound and promptly helped him.

Police detained the suspected intruder and took him to the hospital, where he appears to have survived. No further details have been given on why he targeted that one home or anything else surrounding this case.

Let’s face facts: this sort of thing can happen anywhere.

At least this homeowner was able to identify the situation and take appropriate action. In Indiana, they are much more understanding of a person’s right to defend himself and his home. This should have been a great big red flag to the intruder.

It always amazes me when criminals attempt to break into homes in states where people have a legal imperative to defend themselves. What, on earth, do these intruders think will happen?

Well, that’s not our job to think about what goes through a bad guy’s head before he does something foolish. As Napoleon once said, “never interrupt your enemy while he’s making a mistake.”

If your gun is on your side right now, you’re doing something right.