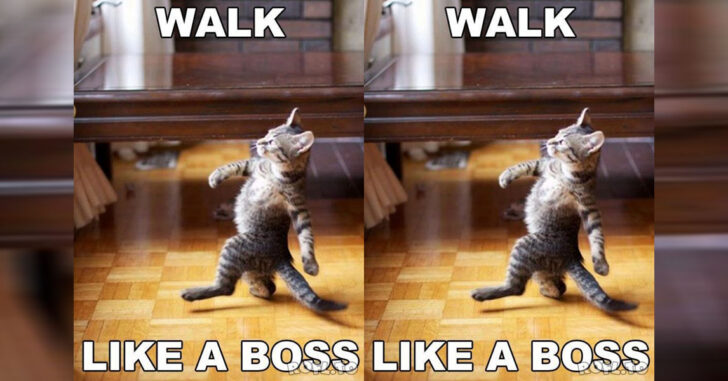 I think a paramount concept in self-defense that gets far too little attention is the ways in which to avoid violent encounters in the first place. Now, you can still do everything right in this regard and if a bad actor picks you at a particular time in a particular place there may be no way to avoid such conflict. Thus, training and carrying defensive tools comes into play. But for those who carry a gun it is easy to fall into the trap of focusing entirely on gun stuff as our defensive solution. There is a lot more to it, including lowering your own appeal as a good victim. This has a great deal to do with your body language and appearance.

Those concerned with being able to protect themselves should consider body language and the way in which they present themselves to others. There has been considerable research done in which convicted violent felons have been extensively interviewed after watching video footage of random people to determine their approach to selecting victims. Reading about these findings is worth the time, but the essence is this: the way an individual walks and moves has more to do with their victim selection profile than anything else.

Those that walk with confidence, and that maintain a switched on awareness, are less likely to be selected for victimization. Those that display a lack of confidence in the way they walk, as well as those that are blatantly unaware of their surroundings, are the victims of choice. Those who appear physically fit are also less attractive as victims as fitness is an indication of enhanced ability to put up a fight. Thus we find an interesting phenomena: those most capable of defending themselves are less likely to be put to that test anyway, because their very demeanor suggests that they are capable. The research has also found that many who were identified as being choice victims actually had a history of victimization. The body language of victims tends to attract the attention of bad actors and sometimes does so repeatedly.

The research indicates that gait, the way in which an individual walks, tends to have the greatest impact on whether or not a criminal sees the individual as an easy victim or as capable of resisting. The ideal victim appears to shuffle their feet rather than walk with a natural gait. They also seem to walk with unusually short, or even unusually long, steps. The bottom line is there is an apparent awkwardness in the victim of choice. They also typically walk at a slower pace than the movement of the masses around them, or more hurriedly, displaying a sense of being nervous about something. Interesting stuff.

Body mechanics were mentioned in these studies as well. Individuals who display an apparent lack of overall coordination were preferential victims. In reading these studies I envision the sort of individuals we probably all can think of: those that show an awkwardness that manifests itself physically but probably stems more form a social insecurity. You know, that guy in high school or college that was extremely socially awkward to the point where his every movement seems contrived and hesitant because he had a complex that he was being scrutinized by all eyes in the room. The individual that would dwell in the corner most of the time. Undoubtedly the sort that is the choice for bullies in high school goes on to be the choice for criminal assault. I have known people with actual physical disabilities that handicaps their body movements who still appear very confident, and they are very confident, so this awkwardness that is appealing to the criminal element is likely something that stems from a social issue.

In a related vein those that try to avoid eye contact with others also make for preferred victims. A confident look at others is a good thing. Not a prolonged stare that incites a challenge, but a confident acknowledgement. Avoiding eye contact is a clear indication of a submissive personality which is ideal for victimization. Think of the girl that sheepishly slinks by in the hallway clutching her books to her chest and staring at the floor. If she does look up and you catch her eye in return she immediately stares at the floor again. This person is probably also socially awkward and shuffles her feet. Victim of choice.

Another criteria that played into the victim selection process was how alert the potential victim appeared. Those that were not alert to their surroundings were the ideal victims. Those that appeared switched on were, of course, less appealing. This one should be pretty obvious. The guy or gal with their head hung low, starring at their phone to the point where they are walking into things as they move through a public space make perfect victims and this is attractive to the criminal element. The guy or gal that walks into a space and clearly looks right at the possible danger and demonstrates a clear confidence in this quiet acknowledgement suggests “bad idea.” Situational awareness is a paramount element of mindset that anyone serious about defending themselves should cultivate. This awareness also serve to lesson your victimization profile as well. Stay switched on.

Another aspect of this research indicates that physical fitness plays a role in victim selection. It is quite simple really: fit people can fight better than out of shape people. The fact remains that physical fitness is important for every aspect of life, even for lowering your victim selection profile. I have also read one medical study that found, specifically among males, the shoulders have a huge impact on the perception of human predators. Basically, big shoulders indicate strength. Those of you with a history of weight lifting who have developed shoulders will probably find that statistically your kind is not the victim of choice. While getting fit specifically to lower your victimization profile is probably not anyone’s top priority, it is yet another benefit of being in shape. Physical fitness is a best policy in many regards.

So, after considering these findings we are left to ask, is there any point in analyzing what for the most part appears to be a natural tendency for most individuals? You may be thinking that an individual is either confident in their nature or not. However, I believe there is the ability for those who lack a confident appearance to overcome this and it is far more a mental game than physical, but physical training can build what is lacking.

Confidence is greatly based on how we perceive our own abilities compared to our surrounding environment and the others in that environment. Think back to the example of the socially awkward high school acquaintance that stood in the corner at social gatherings. Think also of the opposite extreme in your adolescent experience: the high school jock. The guy who was naturally competitive to the point that it was annoying. He played on the teams. He worked out and was fit. And, of course, he was exceedingly confident to the point of too much bravado. So, is the difference in confidence between the introvert in the corner and the jock at center stage a result of their self-perceived image or is the image the result of their natural confidence? Most probably agree that it is no doubt both, a reciprocating cycle.

A natural confidence leads an individual to excel at their pursuits and to be socially confident. The better they get at what they do the more confidence they build. I have met people even in the realm of self-defense who dabble in shooting, dabble in martial arts or combatives, or dabble in fitness training that still lack confidence in their very demeanor. These people rarely train seriously in their pursuit and never compete in it. For these folks the pursuit never amounts to anything more than a novice level of proficiency. However, I can tell you that I have not yet met a master class shooter or master class martial artist that slinks when they walk. I don’t know a serious body builder or fitness guru that stars at the ground when they walk by. This confidence is not tied only to fighting skills or fitness obviously. Do you know many successful corporate managers that slink when they walk? So, here is my advice:

If you have confidence issues yourself, or if you know someone who does, and that individual is interested in their own self-defense, encourage them to get out and train. Start doing real martial arts, not some crap at the local McDojo. Do BJJ or MMA, something that pits you competitively against other people. If you carry a gun get some good training and pursue the craft to the point of excellence. Compete. Put down the iPad and start lifting weights. Do it right and gain strength. Join Toast Masters and learn to talk in front of people. Give it time but stay committed. At some point you will discover that you are the most capable and most dangerous individual in the room no matter where you go. And at that point, my friend, you will realize that you are already walking with confidence. And just think, unlike the average confident person who gauges their self-image based on a career sitting at a desk, you will have the real skills to back up that walk.