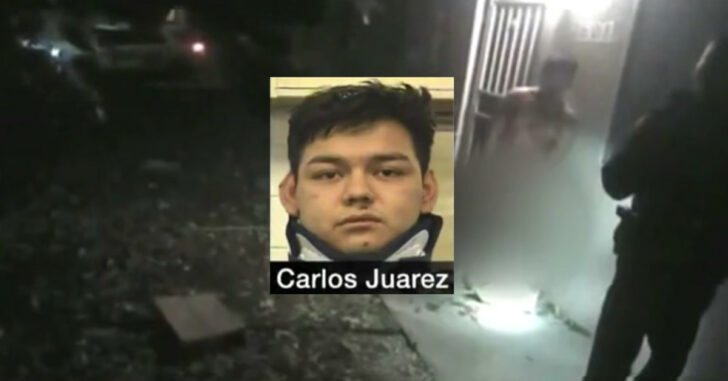 ALBUQUERQUE, NEW MEXICO — When a homeowner and his wife awoke to a naked man crawling through their bedroom window, the homeowner didn’t wait to find out the man’s intentions. Retrieving his handgun, he fired three times, striking the intruder in the neck and shoulders.

Miraculously, Carlos Alberto Juarez was alive and standing when officers arrived. He was reportedly disoriented and didn’t know where he was. He allegedly told officers he was breaking into his own home — but both the homeowner and his wife had never seen him before.

According to neighbors testimony to police officers and KRQE News, Juarez was lurking outside an apartment building prior to the event. He was taken to the hospital and treated for his gunshot wounds, though once he became aware of where he was, he didn’t understand how he got there.

What should have the homeowner done? Wrestle with him?

No, when someone is breaking into your home and he’s clearly out of his gourd, it’s time to defend yourself. This homeowner didn’t want to wait to find out how violent or bad Juarez was. That’s not the homeowner’s problem. There’s no need to give the benefit of the doubt. He shot him several times in close range, all good shots, and Juarez was so out of his mind his autonomic reflexes didn’t even kick in to let him know he had been shot multiple times.

That’s a level of messed up that doesn’t come with a six pack of beer. Hopefully they’ll run some toxicology on this dude to figure out what he put into his system to make him head-first ram through a dude’s bedroom window.

In either case, defense comes first. That’s why it’s good to have a gun nearby while you sleep. It’s something you can grab real quick and use if you need to. The last moment you want to negotiate with someone is once he’s breached your bedroom while you’re still inside.