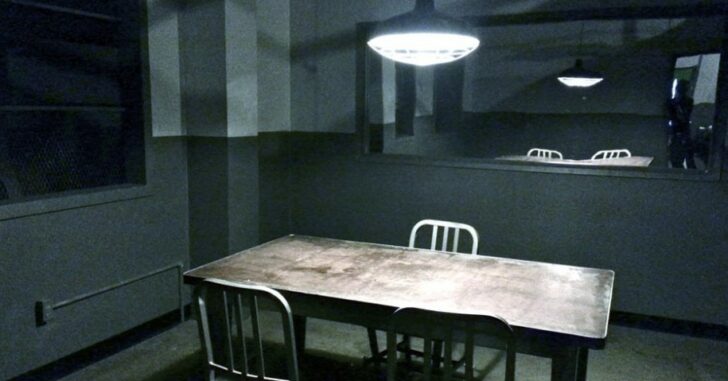 In the first part of this three part article I laid out three essential principles of self-defense law that all armed citizens should be familiar with: understanding of imminence, understanding of appropriate force, and the maintenance of innocence in a violent encounter. We have thus far discussed the first two. In this final installment we will discuss the maintenance of innocence if involved in a defensive use of force.

This final principle should be straight forward, but it has cost a lot of otherwise good people their freedom, or at least a lot of money and stress. If you are going to argue that you used force for legitimate self-defense then it usually works out best if you indeed appear to have done so. Especially when witnesses get involved things get very precarious and even very honest self-defense incidents can get muddled. Generally, though, using any level of force should be your last resort and if you can de-escalate a situation, or hopefully avoid it all together, that should always be your first choice. If you end up using force in a fight that you help insight, or even flat out start, you are in for serious trouble. If you cause injury to another with your hands or a less-lethal tool, or if you cause grave harm or death to an individual with a lethal weapon, you had better have used that force as your last and your only feasible option.

First of all, let me make this as clear as possible: DON’T START FIGHTS. If you carry a handgun then road rage should be a foreign concept to you. So should getting in arguments over stupid things like parking spaces. Part of embracing a new level of capability such as being armed and trained is checking your ego at the door and letting the stupid things slide. It does not matter what somebody tells you with their mouth, you do not have the right to lay hands on someone, and certainly you don’t have the right to produce a weapon, just because of what someone says. A guy whistles at your girlfriend? Oh well. I will not tell you to not say anything, telling the individual to not be disrespectful to your girl may be appropriate, but you have no right at all to put your hands on the guy no matter how disrespectful he was with his mouth. Will your girl have a problem with that? Then dump her and find a good girlfriend. Any woman who would rather see you jeopardize your own future rather than let a small slight go unrebuked is not worth your time. Sorry ladies, I know that was a very male specific example, but a large portion of violence erupts between males vying for female attention. Sadly, it can be rather similar to the behavior of other primates in the animal kingdom!

Here is another big one: DON’T FOLLOW PEOPLE. If you get into an altercation of any kind and the individual walks away then it is done. If you follow them, even if you are in the right regarding whatever the altercation was about, you are now the aggressor in the eyes of the law. Don’t follow anyone who has stolen property from you either. Catch someone in your house and they run out while carrying your stereo? Too bad. Don’t chase after them. If you do you are legally the aggressor and you are setting yourself up for serious life-altering events if you need to use force at any point after you have initiated a chase.

Unfortunately, chivalry is dead. You should accept that now before it gets you in trouble. My general advice when it comes to protecting others is this: keep it real close to home. Defending a family member or perhaps a very close friend is one thing. You are obviously way more likely to know who is involved. Defending a complete stranger from what “appears” to be a criminal attack on the street? I strongly suggest not getting involved unless you truly know what is happening. Part of maintaining innocence is being exceptionally cautious when approaching a violent altercation between two people that you don’t know. As soon as you are involved you are a combatant in the situation. Do you know what you are walking into?

I will share with you a phenomena that has happened more than once. Armed citizen with his or her EDC gun tucked in the waistband stumbles upon an unknown woman getting the piss beat out of her by an unknown male. Well-meaning armed citizen draws gun on male and tells him to cease what he is doing. Violent male offender gets enraged and proceeds to force the armed citizen to shoot. After the incident is over the female “victim” proceeds to sue the armed citizen for everything possible in a civil suit for killing her wonderful boyfriend. Harsh? Perhaps, but reality.

In saying this my concern is not in debating the merits of our society’s loss of chivalry. My concern is for your security, my fellow armed citizen, my brother or sister in this cause and this lifestyle. Yes, part of our cause may be to defend others, not just ourselves, but the defense of others needs to be taken very seriously. My general advice is, unless you know exactly what is happening, don’t intercede. Did you witness the whole incident from the beginning? How do you truly know what is happening? Imagine stumbling upon a violent encounter that appears to be an attempted kidnapping of a woman by two men. You proceed to pull your gun on the two men only to find out after the fact that you put a gun on two undercover police officers who were making an arrest. It has happened.

Some incidents may be straight forward. An active shooter that bursts into a public space that you inhabit and starts killing the innocents around you is going to be pretty discernable. Defending others in such a scenario is an obvious choice that can be made rapidly. However, if you are unsure of the circumstances that you are witnessing between two complete strangers? Keep it close to home friends, keep it close to home.

Many bad things actually happen around other people who may witness the altercation. This day and age a use of force defensive incident very well may be captured on video as well. You need to consider how your body language and verbal challenges will factor into the following investigation. For example, consider your body language when you confront a hostile actor. A non-confrontational stance of open hands, palms forward while cautiously creating distance away from the threat suggests that you are on the defensive and looking to avoid a fight (it also happens to be an ideal fighting posture making it the best overall choice for many situations, but that is another discussion). How does that compare to an aggressive posture of a puffed out chest or lewd gesturing to insight a confrontation while closing the distance? What will witnesses think of one versus the other? Be conscious of this.

Even if you live in a stand your ground state I truly advise that you always seek to retreat as long as you can do so safely. While you may be justified in standing your ground under state law, if done incorrectly it can be used against you by a prosecutor to argue that you were instigating a confrontation, even in a state that has stand your ground laws. Bear this in mind. If you have the opportunity to retreat from any fight, do so. It is not being a coward, it is being a responsible armed citizen. If you attempt to retreat but can’t, you now have that much more justification in the use of force and it will be more defensible.

Also, consider your verbal commands. Verbal commands warrant an extensive article in themselves, but let me share with you two examples. If you are a witness that heard the man who just shot and killed another man say directly preceding the shooting “get back, show me your hands!” What would you think happened? On the other hand, what if you heard something to the effect of “F–K you mother f–ker! I am going to blow your brains out!” What would you conclude might have happened in that case? Be conscious of this. You should program yourself to have certain verbal communications you will default to. I personally like a programed verbal challenge that incorporates “get back” and “show me your hands.” This clearly tells the aggressor exactly what you want him to do, and it also tells witnesses the nature of the situation that they are observing or perhaps only hearing. Maintain innocence.

Speaking to the Police

The age old adage has been to “say absolutely nothing until your lawyer is present.” Well, I tend to fall in favor of what both Andrew Branca and Massad Ayoob suggest, which is essentially “say what needs to be said, then shut up.” Generally, you should tell responding officers that you were attacked, you were in fear for your life, and you defended yourself. Do not go into further details. However, there are two things that you should do if necessary, as advised by both of these authorities, and I think you will agree that it makes good sense. First, point out evidence. For example, if you shot a guy who charged you with a knife and after shooting him the knife flew under a car, then certainly tell the police officers that the knife he had used is now under the car! You darn well better have such evidence secured. Second, point out witnesses if you were aware of any. The only witness present during the fight may now be one of hundreds of individuals who are in a crowd swarmed around the police lights at the scene. Point them out to the officers to ensure their statements are taken. After this, shut up until you have consulted with representation. Maintain innocence in these crucial moments.

There you have it. I once again implore you to proceed much further in your education of self-defense law and if this three part article was your first foray into this world, let it be only the beginning. All things related to self-defense should be a life-long pursuit, even your knowledge of the law.

Previous article: Detroit Concealed Carrier Fends Off Two Attackers At A Gas Station -- Preying On Holiday Travelers Didn't Work Out So Well After All Next article: Burglars Didn't Want To Take Christmas Eve Off -- Now One Is On Permanent Vacation