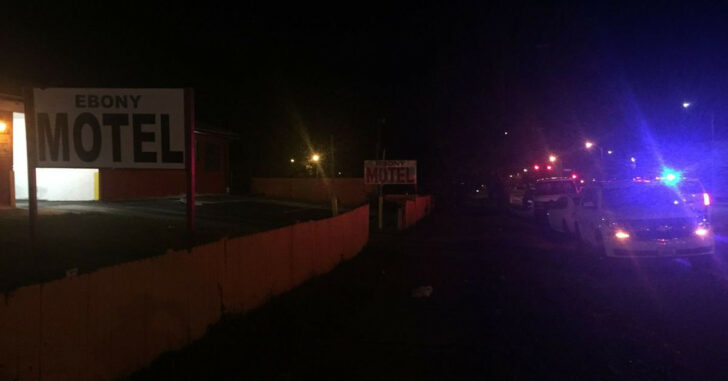 ST. LOUIS, MISSOURI — A couple were enjoying a nice evening in a motel outside St. Louis when two armed robbers barged in wearing masks. One of the robbers announced it was a robbery and the man tackled both of the suspects. During the ensuing fight, the robber’s gun discharged and hit him in the lower back. The other robber took off.

Events were corroborated by surveillance footage at the scene and two other witnesses in another room of the motel who saw the masked bandits make their approach. The St. Louis Post-Dispatch wrote that law enforcement were quickly able to determine that the situation much belayed the rendition given by the victim in this case.

As for the man who tackled two armed masked robbers and managed to subdue both of them and even go so far as to toss the gun onto the roof, whatever words we can offer in praise or conjecture are largely worthless.

This man walked the walk.

We all say we’d love to have been able to be in the middle of a nice evening at a motel and still be able to turn and face our attackers, but the reality is there’s just some things that most folk won’t know until they get there. As a point of reference, I certainly hope I never have to be in that position.

A concealed carry handgun surely would have come in handy right about then but, as the story goes, this man managed to deal with the situation without. Heck, he even managed to have one of the robbers shoot himself in his own back. These guys surely underestimated their opponent.

For us mortal men and women, it just makes sense to keep a handgun handy. And for armed robbers getting ready to sack a motel room, best be a bit more cognizant of who it is you’re dealing with before you burst in the door.

Previous article: #DIGTHERIG - Thomas and his Ruger SR45 in a One In The Chamber Gear Holster Next article: Grandma With Gun Stops Burglary Inside Her Home