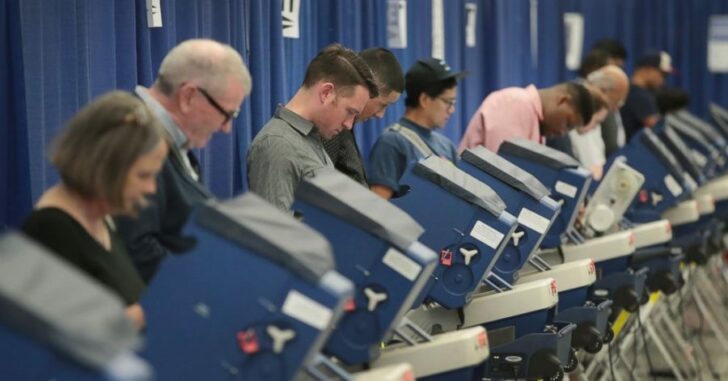 “CBS News has learned about a potential terror threat for the day before the election. Sources told CBS News senior investigative producer Pat Milton that U.S. intelligence has alerted joint terrorism task forces that al Qaeda could be planning attacks in three states for Monday. It is believed New York, Texas and Virginia are all possible targets, though no specific locations are mentioned.”

Hmmm. Where could terrorists strike that would have a tremendous impact on the American psyche — on the eve of presidential election? I know! A polling station! A place where Americans gather in large numbers to vote! Turns out I’m not the first one to come to that conclusion.

Earlier this week, an alert warned local police of “polling places” being seen as “attractive targets” for “lone wolf”-type attacks by individuals motivated by violent extremist ideologies, sovereign citizen or other extremist activity.

What about warning voters, preferably armed voters? Not an issue in New York or Texas (surprisingly), where voters can’t be armed under law. Luckily, Virginia gun owners are not deprived of their natural, civil and Constitutionally protected right to keep and bear arms when they vote.

Still, as a Texas resident banned from bearing arms when I vote, this news doesn’t give me warm fuzzier. There ought not to be a law.