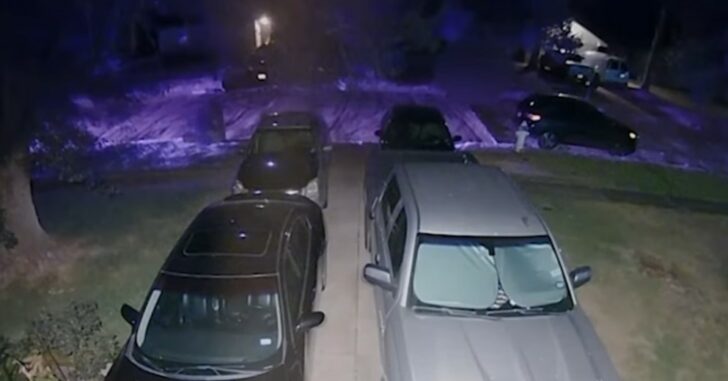 Police say two teens tried gaining entry into a vehicle that was occupied by a mom, dad, and their two infant children. It all happened just as the family was arriving home, and only one side was prepared for what was about to happen.

“One of the parents inside the vehicle, as the suspects were attempting to enter, one of the parents fired off several rounds and shot both of the male suspects,” Sgt. J. Wheeler said. “They were transported to area hospitals.”

Video of the incident was captured by home surveillance video, showing the mom hit the gas once trouble was literally at their back door.

The teens were eventually picked up by people passing by, likely not knowing what transpired moments before. Both were said to be in good condition and are awaiting charges.