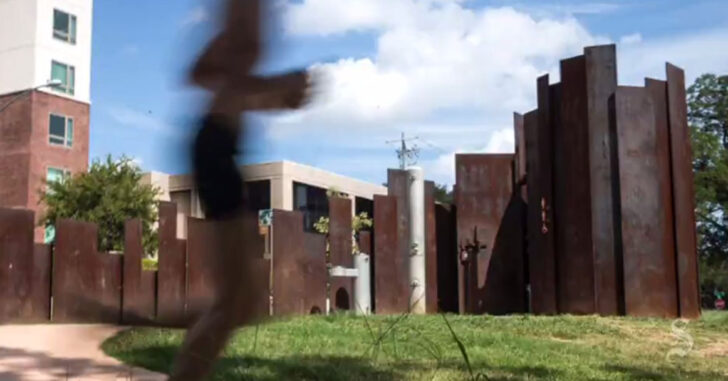 AUSTIN, TEXAS — An armed citizen and jogger was in the right place at the right time, stopping a sexual assault in progress on the trail he was running.

Richard Jordon McEachern, 22, has been arrested for the assault.

A news outlet shares the following details with us;

“The victim was grabbed behind by the suspect with both the suspect’s arms, (bear hug),” the affidavit said. “The victim said they fell to the ground and she was on her back and the suspect was on top of her.”

The document said the woman reported that the attacker put his hand over her mouth and kept saying “shh, it’s me baby, it’s me” as she struggled to scream and use a whistle she carried to call for help.

At this point, another jogger heard the victim scream. He was carrying a handgun as well as a flashlight. He shined the flashlight in the direction of the screams and saw the attacker on top of his victim.

The jogger pointed his gun at the suspect and demanded he get off the victim. The attacker stood up and was naked from the waist down, the affidavit said.

McEachern was found a short time later and arrested on a charge of felony sexual assault, which is punishable by two to 20 years in prison and a fine of up to $10,000.

Jogging is something that makes concealed carry difficult, but this person was able to pull off both a firearm and flashlight.

Once upon a time, we wrote an article on jogging and concealed carry, sharing what we could to make it easier for people to decide on a carry method. You can see that article here:

It’s a scary world out there, and it’s good to have a good guy with a gun in your corner — and in your area.