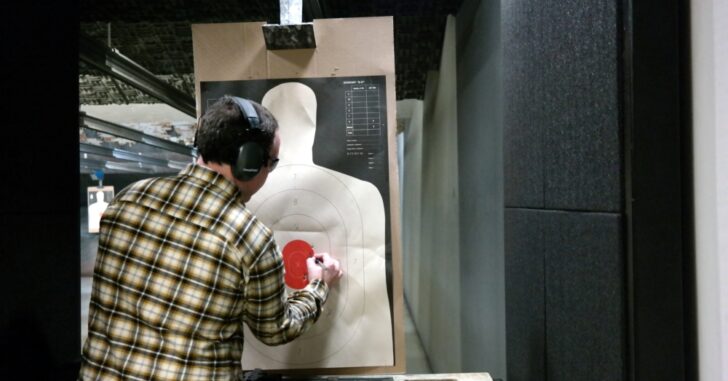 Many reading this article are undoubtedly practitioners of being armed and prepared and as such you may often deal with a particularly frustrating social interaction: trying to encourage others that you care about to take responsibility for their own safety. Those of us that carry a handgun on a daily basis to protect innocent life realize that the world is a bad place and bad things happen every day to good people. The United States is currently a “relatively” safe place to live. The nation actually has significantly less violent crime as compared to a couple of decades ago. There are still certain communities plagued with violence (typically those with the strictest gun control like Chicago and Baltimore, imagine that). But as we know, any place on this earth that has people present is susceptible to violence. Those who choose to be prepared for inter-personal violence realize that the odds don’t matter, what is at stake matters. But how do we communicate this reality to those who wish to remain naive?

An approach I take when urging people to develop an appropriate mindset for self-defense is to “make the horse thirsty.” Most are familiar with the saying “you can lead a horse to water but you can’t make it drink.” Well, one approach you can try with people is to make them “thirsty.” We can attempt to make them ponder the reality of the criminal element. Unfortunately, I have found that most people refuse to accept the fact that violence can touch them personally. It is not real to them despite hearing about it every day on the news. For whatever reason, in the mind of most Americans, violence only happens to “others.” So how can we point out the obvious to those who refuse to see?

The accounts of what certain criminal actors do frightens people, even though most will intentionally block in out of their mind. But when something happens, especially if something happens locally, it has an impact on the mindset of people. Be aware of things that happen in your region. A violent home invasion, an attack on a walking trail or in a parking lot, etc… Emphasize the fact that these things do happen, and that they can happen anywhere. Remind these folks that violence can happen anywhere, at any time, even in their “nice neighborhood,” and the police are always at least minutes away when seconds count.

Another approach I use is to point out the fact that most reasonable people take their own responsibility seriously in most aspects of life except for self-defense. The average human being simply does not like to face the reality of violence, but they will face the scary reality of many other things. An argument that I like to make is this: everyone who is a responsible homeowner has smoke alarms in the house, correct? If you don’t have smoke alarms in your house the average suburbanite American will think that you are irresponsible and negligent concerning your family’s safety correct? Yet, there are more home break-ins each year than fires, but having a means of protecting your family from human predators in the home is being “paranoid.” It seems that only the threat of human violence is the danger that is consistently ignored by so many despite being just as possible.

Granted, the majority of the break-ins that happen are burglaries and often take place when nobody is in the house, but the majority of house fires are only small incidents, not destructive blazes. However, there are enough terrifying home invasion accounts each year to make anyone that is a discerning individual pause, just like there are enough devastating house fires to make the average individual realize that smoke detectors are a must. Yet, the preparation for these two unlikely but entirely possible dangers are treated very differently. Ask them why.

Being responsible for one’s own family security against human violence is not in vogue these days, many would rather leave that to the nanny state. However, while you probably share my frustration with this issue I remind you to remember that we don’t want to come off as condescending, or as a cowboy, on this issue when we discuss it. But, we do want to urge others to see reality for what it is and take the steps necessary to prepare themselves and their household for defense against criminal violence.

One of the stumbling blocks that many face regarding having a gun in the house, let alone carrying a gun, is the fact that the gun can pose a danger to their loved ones. Our natural reaction might be to scoff at this, but let’s take if for what it is. It is true that a gun in the house introduces a possible danger, but it is a danger that can be completely mitigated through responsible action. Knowing the facts about the true nature of the risk is warranted, and when promoting the keeping of firearms for self-defense we must always emphasize the needed safety measures and the diligent practice of safe gun handling.

Remind people who are hesitant to arm themselves due to the safety issue of this: far, far more children die every year by drowning than by firearms accidents. Per the statistics I found for 2015 roughly 700 children died of drowning, compared to 265 child related accidental shootings, of which 83 were fatal. Far, far more children die by poisoning themselves every year with cleaning supplies found in every home as well. Just like a responsible parent needs to have a fence around the pool, and needs to keep the cabinet with cleaning supplies locked, so do they need to keep guns locked up. It is that simple. All preventable deaths are tragic, but things need to be kept in perspective concerning the statistics. Guns that are safely secured in the home are not a danger to the family, but they may be the only tool capable of saving the family when the front door gets kicked in.

Hopefully you will find some of the arguments here useful to integrate into your own knowledge base when encouraging those that you care for to prepare themselves for human violence. Always approach the subject calmly rather than in a confrontational or condescending manner and show others that you truly care for their wellbeing, hence the reason that you wish they would be prepared to defend themselves. Do you have any good arguments or methods for reasoning with others about self-defense? Share them with us.