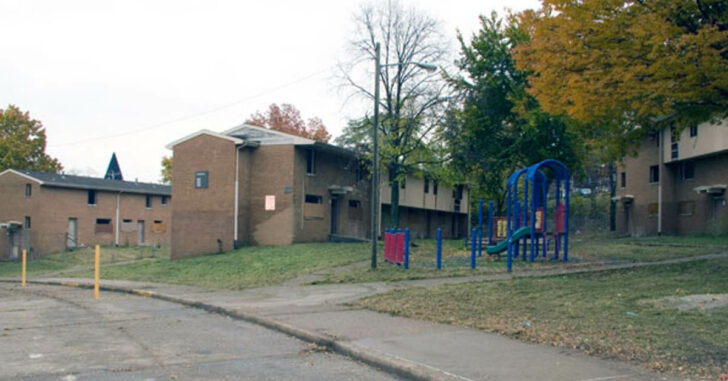 PITTSBURGH, PENNSYLVANIA — Two private security guards confronted a man who they say was barred from the housing project they were guarding. When confronted and asked to leave, he revved up his engine and allegedly ran down one of the security guards. The security guard’s partner opened fire when he thought that his partner’s life was in risk but did not know if he had hit his target. As it turns out — he did.

According to Trib Live, the man who fled the scene ended up at the Alleghany Medical Center with a gunshot wound to his shoulder. The security guards called in the incident to Pittsburgh police who then matched the description with the description of the man showing up for medical attention. They arrested him at the hospital.

The security guard who was struck by the vehicle was transported to another nearby medical center where he is listed in stable condition. Both guards were hired by a third party on behalf of Pittsburgh Housing Authority. The guard who shot the suspect is not likely to be charged with a crime because he defended the life of his partner.

Raphael David Caruso, 31, the suspect in the case, is likely to face criminal charges.

Private security in a housing project are tasked with the impossible. Keep scum out. The people living in that project are already low-income and are the easy prey for predators. The Pittsburgh Housing Authority has attempted to institute controls and monitoring who comes and goes from these places as a means to protect the residents. Unfortunately, the less savory the criminal, the more apt they are to resort to violence.

Thankfully, Caruso will hopefully be off the streets for at least a little while. The motivations behind his criminal acts won’t likely be known but assaulting a private citizen with a vehicle is still a crime.

Those tasked with private security are often put in a really bad position. Whereas a concealed carrier can deduce an area is more prone to violent crime and avoid it, a security guard is often placed directly within it. They are not sworn officers of the law and do not have the authority that police officers do. They can, at best, merely act as stewards for the property owner.

This raises the stakes when it comes to defending yourself and your coworkers. Not only are you tasked with the impossible, you have to be very delicate about how you defend yourself. Even if violence is all but a guarantee, you have to proceed in such a way that your actions are legally consistent with the laws of the land.

That’s why law-abiding, responsible gun owners and carriers have so much to lose.

This guy did it right. He defended the life of his coworker. Added bonus, he successfully hit his target and thus pressed home the point that him and his fellow coworkers were not to be easy pickings for the rest of the jackals.