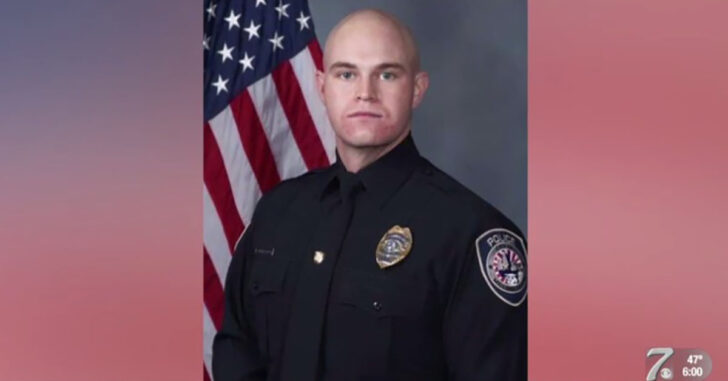 MIDLAND, TEXAS — In what the defense lawyers are saying was a case of mistaken identity, one homeowner is facing manslaughter charges after fatally shooting an officer who was responding to the home after they received information that the home’s alarm was going off.

When the officers arrived, they walked around the home and reportedly found nothing out of the ordinary until they noticed that the front door was open. Heidelberg notified dispatch about the door.

Two other police officers arrived at the address at the time that Officer Heidelberg announced his presence to anyone who may have been inside of the home.

Shortly after that, another officer on scene heard a shot fired. The officer asked Heidelberg if he was okay, to which Heidelberg responded that he was okay.

Then, the officer heard another noise and found that Heidelberg had been shot and was laying face down. He was rushed to the hospital but later died from his injuries.

The homeowner, David Charles Wilson, told investigators that he was at the house and that he was the one who shot in Officer Heidelberg’s direction.

Wilson was arrested, and then released on $75,000 bond a few hours later.

The lawyer of Wilson, Brian Carney, release the following statement:

“We would like to express our deepest sympathies to Officer Heidelberg’s family and the Midland Police Department for the events that lead to his death. We are cooperating with investigators to attempt to learn all the material facts as soon as possible. David Wilson believed that his family was experiencing a home invasion and only fired his weapon to protect his family.”

At face value, it would seem that Wilson thought that Officer Heidelberg was actually an intruder who set off the house alarm, and maybe didn’t have a clear picture of who he was shooting at.

It’s likely to be an all-around tragic story for everyone involved.

When you hear a bump in the night, make sure that you know what your target is before pulling that trigger. If police are on scene in a case such as this, they should be (as they said they did here) announcing themselves as police officers at the time. Make sure that you’re listening for this, but the first concern should always be to get yourself and your family to a safe place.

Clearer communication may have been the thing that prevented this tragedy from happening.

Previous article: #DIGTHERIG - Abel and his Glock 43 in a BladeTech Holster Next article: Active Shooter Reports At The University Of Michigan Turned Out To Be Girls Popping Balloons While Yelling