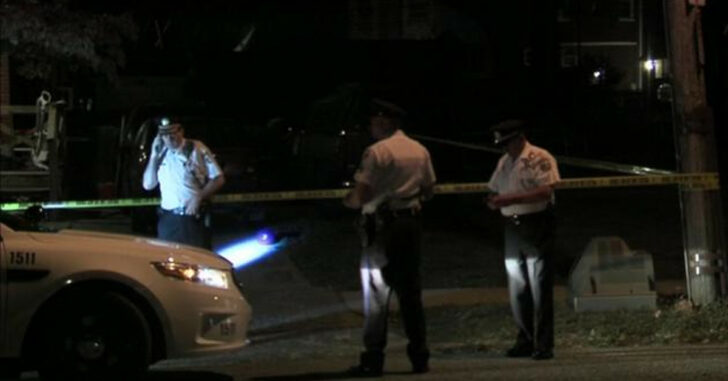 PHILADELPHIA, PENNSYLVANIA — A pastor’s wife was forced to shoot a man in self-defense after he attacked her husband with a fake rifle in the parking lot outside their church. The family was returning home after seeing a concert when a 66-year-old man appeared with a rifle. He demanded the pastor’s wallet and butt stroked him with the rifle when he hesitated. Neither of them knew the rifle was fake. The pastor recalled that the barrel of the rifle had been placed to his head.

According to ABC Action News 6, the wife of the pastor had a license to carry concealed and drew her handgun after seeing the man beat down her husband. When she warned the assailant to stop, he turned his attention towards her.

The pastor yelled to his wife, “shoot him! Shoot him now!”

She discharged one round into the suspect’s leg.

“I turned like I was going to get my wallet, but I was stalling. And he hit me in the head with the gun. He swung it like a baseball bat. And everything was like lightning for a minute. And then I heard my wife saying, drop the gun, drop the gun. I’m like, ‘she’s got her gun.’ He turns towards her, and I said, ‘Shoot him! Shoot him!’ And she shot him,” said Pastor Cook.

Then the pastor got out his own concealed carry handgun and attempted to hold his assailant at gunpoint until police arrived. However, the robber wasn’t having any of that. He tried to call out for help, claiming he was the one being robbed.

“He started telling people that I was the robber and I shot him, so people started coming out after me, and I kept the gun on his face the whole time in case he did something,” said Pastor Cook.

As people from the neighborhood attempted to intervene, the robber used the confusion to quickly grab onto the running boards of a passing vehicle and escape. He was tracked down by police to a nearby hospital where the pastor and his wife were able to successfully identify him.

His fake rifle was recovered as well. It turned out to be a nail gun modified to look like a real one.

This case is still under investigation and the suspect has not been formally identified.

This CCW IN ACTION story highlights a couple very dangerous precedents set by this type of seasoned criminal.

We can’t assume bad guys will give up once they lose initiative and advantage. If you’re going to hold someone at gunpoint, be extremely cautious about not just the person in front of you but people outside of your purview. You don’t know who’s a witting or unwitting ally of a scummy man on the down-and-out.

We fire center mass. There is no such thing as a warning shot and there’s no such thing as firing a non-lethal round. Every bullet that strikes a person has the potential to be lethal. If a person has exhibited himself to be such a threat that deadly force is necessary, do yourself and the thug a favor and aim center mass. It saves both of you a lot of hassle later on.

Shoot to neutralize. Following up with center mass, we shoot to neutralize. Neutralize means shooting until the person is no longer a threat. If he can get up, jump, kick, bite, punch or gouge you, he’s still a threat. No concealed carrier is authorized to shoot until dead but there’s absolutely no point in shooting someone once in the leg and stopping there if he is still able to attack.

This pastor’s family made the choice to carry concealed everyday, everywhere legally permissible. If they hadn’t been, they would have been victims of a very violent assault and robbery.

This criminal is going to spend some time in jail but it’s a virtual guarantee he’ll be back out on the streets soon enough. You can bet your bottom dollar that he’s not going to get a job at Rite Aid… He’ll be back doing what he’s obviously done for the majority of his life: rob people and be violent.

Carry everyday. Shoot to neutralize the threat. Maintain your situational awareness. Heck, traveling in packs isn’t a bad idea, either.