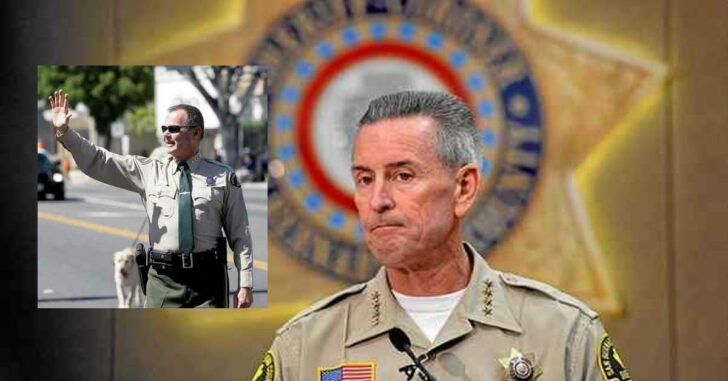 If you’ve been following the news, you’d likely notice a rash of very harsh measures going through the legislative, executive, and judicial branches in regards to restricting access of firearms to civilians. Lt. Gov. Gavin Newsom was only the most recent vocal proponent to drive home legislative efforts to serialize ammunition and further restrict what firearms were legally allowed for citizens.

Don’t take it from us. In a recent piece done for the Daily Bulletin, Jeff Horseman went out and talked with several Sheriffs across the state to get their opinion on these recent restrictions.

“I generally oppose any legislation that puts any more restrictions or control on citizens having an ability to possess firearms,” said San Bernardino County Sheriff John McMahon. “We still have people running around with guns that aren’t supposed to have them.”

Riverside County Sheriff Stan Sniff wrote in an email to Horseman that even though the courts have upheld restrictions upon the Second Amendment, “many proposed firearms control bills are very poorly thought out, hastily drafted without appropriate expert input, and incorrectly proffered to the public as ‘making things safer’ in our communities.”

“In some cases, these proposed bills actually make our communities less safe, and remove inherent rights of our citizens to self-defense, or worse, allow only the wealthy, elite or the well-off to protect themselves,” wrote Sniff to Horseman.

Sniff, a sheriff since 2007, wrote a letter to U.S. Sen. Dianne Feinstein, D-Calif, criticizing recent calls for a ban on so-called “assault weapons”.

“The cosmetic issues alone cause far too much meaningless complexity for law enforcement officers, and worse, could cause common citizens to unintentionally commit crimes that have serious potential sanctions.”

What we’re continuing to see is the branches of government are crafting law and legal precedence that pushes law enforcement against ordinary law-abiding citizens. You can bet your bottom dollar that Newsom or Feinstein will never have to actually enforce any of these laws themselves. They will have hardened, seasoned law enforcement professionals with decades of active experience forced into the untenable position of arresting an otherwise law-abiding citizen for what ought be a constitutionally protected right.

This is a serious issue for both concealed carriers and gun owners in general. As concealed carriers, we generally view law enforcement as the good guys. We do our best to abide by the law and to protect ourselves.

In some instances, it’s concealed carriers coming to the rescue of law enforcement.

California will be ground zero in determining what happens when law enforcement is given an unrealistic set of laws to enforce and you have law-abiding citizens on the other end of that enforcement.

Will we ever report a story where a man or woman defends himself in California only to be arrested and charged for having a non-sanctioned gun in his home?

We hope that day never comes.