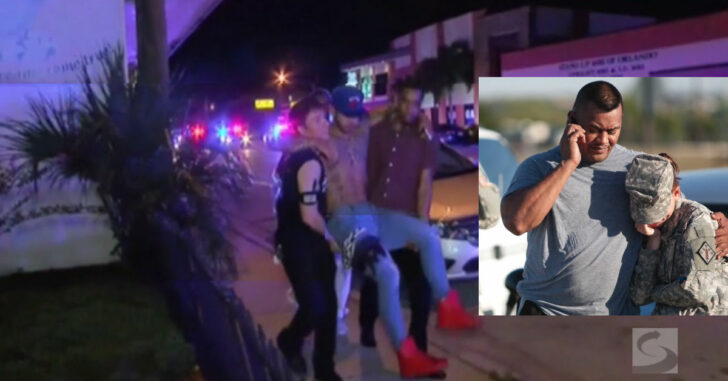 Another terrorist attack like the ones that hit Orlando, Tennessee, Texas, and Paris is virtually guaranteed to happen again on U.S. soil. It’s not a question of if but when.

In light of this, a lot of polling has been going on to determine what the consensus is amongst Americans about what to do next.

In a randomized sampling of 1,001 people, the Washington Post/ABC News discovered some interesting details about what people think about arming themselves in the wake of the violence in Orlando.

As one Stratfor analyst put it, another lone wolf attack is almost guaranteed to happen. It’s not going away. Terrorist groups have largely decentralized and use a “grass roots” approach to getting individuals and groups to carry out very destructive attacks.

The police and federal agencies can only do so much. The actual “boots on the ground” of terrorism can show up suddenly, create a large amount of destruction and chaos, and disappear just as quickly. With many of the attackers dying or committing suicide in their attempts, it means that these are really first-time offenders.

How do you stop against someone who doesn’t even have a record yet?

Get armed, stay armed, train, get your concealed carry license or permit, and develop a survival mentality. Break the myth that the world will magically go back to “normal” (whatever that means) and take personal responsibility for the welfare of yourself, your family, and your property.

That is indisputably the only logical conclusion to draw from the question, “what do we do now?”

If you’re not actively preparing yourself, you’re a soft target.

And what if the world magically goes back to some wonderful utopia where people only commit violent crime for profit or sheer menace?

You’re still better prepared than you were before.

There is literally no down side so long as Americans are willing to pursue the practice of carrying a firearm responsibly.