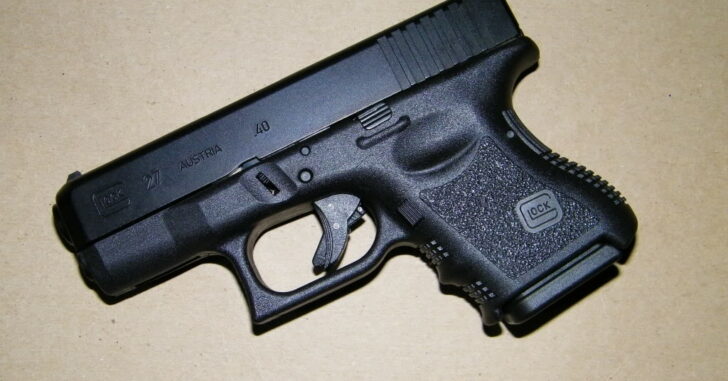 Many individuals are on the verge of choosing their first weapon for personal protection. Selecting a handgun is a demanding decision as the requirements for each individual are different. It is a highly personal choice. Handguns in particular are very individual. There is no one-size-fits-all. This article is intended to assist you in making this choice, particularly as it pertains to selecting a gun for concealed carry applications.

If selecting a handgun only for home defense there is little reason to compromise on anything. Get a full-size combat handgun and get the one you most prefer. For a gun that you will carry concealed, however, most people must make some compromises due to lifestyle, environment, and dress requirements. In general, concealed carriers always walk the line between carrying a serious gun, and carrying a convenient gun. Sometimes, however, too much emphasis is placed on convenience. If you wish to carry a serious gun, you are simply going to have to make changes in your dress to accommodate it. If it is simply not possible to carry a larger gun, then carrying a small gun is still much better than carrying no gun, but you should strive to carry a formidable weapon. Remember the reason you are carrying the gun in the first place: to defend yourself or others from violence. Larger handguns are more efficient for fighting than diminutive guns, so carry as much gun as you can.

You may find that you inevitably need more than one carry gun. Perhaps you can carry a formidable gun much of the time but certain settings or obligations restrict you to a smaller gun. This being the case, you may eventually need to implement a couple of different carry options. If selecting your first carry gun, the hardest part of the process is often just evaluating your own needs and selecting the weapon that will work for you most often and in the most circumstances. Often a new carrier will select a gun that ends up being too large and later will get a different gun that is smaller and more concealable. Others do the opposite, and get a very small gun and later procure something more capable and easier to shoot. Let’s look at the general classes of weapons suitable for concealed carry to assist with your choice.

Typically full-size combat handguns, as is carried by on-duty law enforcement personnel in open belt holsters, are referred to as service pistols. The next step down in size from service pistols is what we typically referred to as “compact” autos. These guns are usually almost identical to the full-size variant, often capable of using the full-size magazines, but they are slightly reduced in dimensions. On paper the compact version often does not seem much smaller than the full size model, but there is a substantial difference in concealability. Examples of this would include guns like the Glock 19 and Glock 26, the Smith and Wesson M&P9 compact, the Ruger SR9 compact, and the list goes on. These examples are all smaller than the full-size gun, but are very capable defensive weapons and are even compatible with the magazines of the full-size variant. These are just several examples, and many of the well-known defensive handguns are produced in compact size.

The compact auto class is what I strongly recommend for people to consider. They are typically easier to carry than the full-size service pistol, but they are serious guns. Once gaining some experience most shooters will be able to perform solidly with these compacts even to the point that many find relatively little difference at all between the compact and full-size variant in performance. These guns, when chambered in 9mm, usually hold between 10 and 15 rounds of ammunition as well, whereas the full size equivalent will usually hold 17 or 18 rounds, so you are gaining concealability but sacrificing ammunition capacity, but you are still carrying a gun with significant capability. A good compact auto is my top recommendation for carry, but you will have to make a bit more of a commitment to carrying such a weapon compared to the smaller choices. The compact also will serve as a capable home defense gun as well, so if you need to fill both roles with an initial handgun, this is a good option.

The next size down, if you will, for a concealed carry choice, is going to be a single-stack 9mm. This breed of weapon is a relatively new phenomenon in terms of there being so many choices now available. This class of gun has grown popular in the last few years. The reason being: they are substantially easier to carry than full-size or even compact guns. What we have in a “single-stack” auto is a gun that is much thinner than a full-size or compact “double-stack” auto because these smaller framed pistols are built to accommodate an ammunition magazine that has only a single line of rounds stacked on top of one another, whereas the full-size and compact pistol variants typically have a staggered magazine that have essentially two rows of stacked rounds in the magazine. Therefore, the single-stack is thinner and easier to carry. The down side, however, is the single-stack carries less ammunition than does the double-stack design. These guns typically hold between 6 and eight rounds in the magazine. This class of weapon is typified by the Smith and Wesson M&P shield, which is similar in other dimensions to the M&P compact, but is much thinner. The Glock 43, Ruger LC9s and Walther PPS are also good guns in this category. If a full-size pistol, or even a compact model, proves too difficult to carry concealed a single-stack 9mm is my next recommendation.

The small revolver is still a major player in the world of concealed carry. This class of gun is best represented by the Smith and Wesson J-frame variants and the Ruger LCR. The benefit to these guns is that they are amazingly concealable, even more so than the single stack autos for most people, due to their rounded shape. Small revolvers tend to be very versatile for different carry modes, such as pocket or ankle carry due to their design features. The revolver also provides a very user friendly operation and the design is very reliable. The down side to this class of gun is that they are incredibly difficult for an inexperienced shooter to shoot well. These guns are small and have a very heavy double-action trigger pull. Inexperienced shooters have a very hard time making accurate shots with these guns and most new shooters will perform significantly better with a small single-stack 9mm. Another down side is that these revolvers typically only hold 5 rounds and reloading them is slower than reloading an auto loader. Nevertheless, the small revolver still sells like crazy, and it is a very versatile weapon that is good for deep concealment.

The smallest category of concealed carry guns that are still somewhat viable as a defensive firearm are the very small pocket autos chambered in 380 ACP, which is the lightest cartridge I would even consider for defensive purposes (actually I don’t like anything lighter than 38 Special +P, but again, a 380 is a lot more gun than no gun). The benefit to these is that they are very small, even more concealable than the small frame revolvers. The down sides, however, are many. First, they prove just as difficult to shoot, if not more so, than the small revolvers as most have heavy double-action trigger pulls. Second, they are chambered in a significantly weaker cartridge than the service calibers. Third, they are more prone to reliability issues than larger autos.

Generally, I do not recommend this class of gun for carry at all. If you truly need to carry something very small I advise using a small revolver, as the slightly larger gun is still very concealable yet far more robust, reliable, and powerful. These pocket autos, however, prove to be immensely popular as many people prioritize convenience over all else. Again, I will say this: if you are only willing to carry a small 380 ACP it is still far more gun than no gun, but be realistic about the actual abilities, or lack thereof, of such a firearm. For people who work in environments that require extreme concealment and discretion a small auto in the pocket may be the only alternative. If so, it is a lot more gun than no gun. If you have the ability, though, a more capable weapon would be my suggestion. If you can’t carry more gun, then be sure to train with your small pocket gun to maximize your ability with it should you need it.

So, in conclusion, I have presented to you the primary classes of concealed carry firearms that are sold and carried today by armed citizens. My general advice is to carry more gun rather than less. Convenience should not outweigh the practicality of the weapon. However, for those who can only carry something very small, a modern single-stack 9mm or a small frame revolver provide capable personal protection, the single-stack auto probably being more shoot-able for most. However, if you can manage it, my top suggestion is a compact auto. Above all else you need to train to proficiency with the gun so that you can carry and handle it safely and competently should you need to use it if the worst comes to pass.