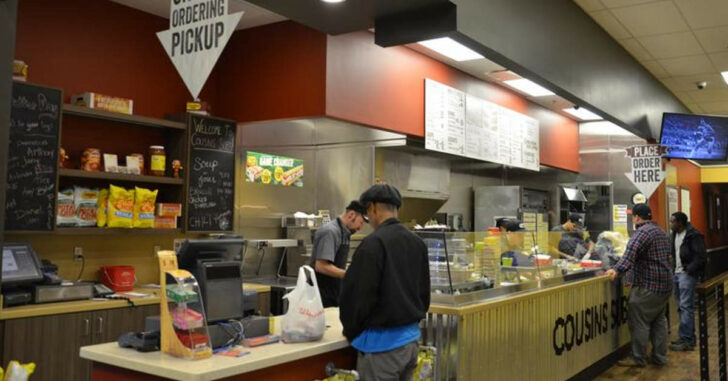 MILWAUKEE, WISCONSIN — Two thugs looking to intimidate and rob a sub shop got a bit more than they bargained for when an armed employee opened fire on them. One of the robbers allegedly pointed a pistol at two employees and chased them inside.

Thankfully, one of the employees was willing and able to open fire to defend his own life and that of his colleague.

According to the Milwaukee Journal Sentinel, neither of the two robbers were hit but both fled immediately. Neither employee was hurt. The robbers did manage to steal money from the safe but, in this case, life is definitely more important than possessions.

It isn’t an employee’s main mission to stop an armed robbery in progress. Where it becomes that employee’s problem is when those armed robbers are willing to put his own life and others at risk for their ill-begotten gain.

Cousin’s sub shop is a chain franchise similar to Subway and Jimmy John’s. Their locations stretch out across the state of Wisconsin and probably some neighboring states.

A cash safe isn’t likely to have much but apparently it’s enough to be considered a target by criminals. For a man making close to minimum wage, it probably doesn’t make sense to get potentially killed over someone else’s property but we’re glad he was at least willing to step up to the plate.

Actual defensive gun use situations are never like we train for them. They’re fast paced, frightening, and aim is considerably poorer for most. Wouldn’t hold it against this employee that he missed both robbers but it hopefully hammered home the idea that this shop isn’t an easy target.

Previous article: #DIGTHERIG - Dave and his Ruger LC9S-PRO in an Alien Gear Holster Next article: Man Turns Tables On Unsuspecting Armed Robbers When He Pulls A Gun Of His Own