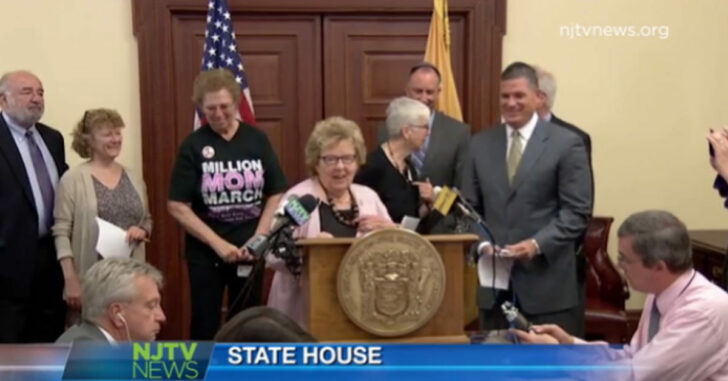 TRENTON, NEW JERSEY — Divorced from any semblance of reality, New Jersey lawmakers immediately moved to squash Governor Chris Christie’s call for gun reform in the state. Amazingly, these legislators then went on to pat each other on the back while literally condemning low-wage workers, employed in largely low income and high crime areas, to be victims. They did it with likely the idea that these people would do more harm to themselves or others — because in a Nanny State, that’s the kool-aid that gets passed around the New Jersey state senate.

“If these regulations were adopted, it would allow every cab driver, pizza delivery driver, Uber driver and anyone else living or working in a high-crime neighborhood to qualify for a firearm permit,” said Sen. Loretta Weinberg.

We’re not sure if she intentionally meant to say that these people don’t deserve their constitutional right to defend themselves or not, but that’s certainly what she said.

In New Jersey, citizens have to demonstrate a “justifiable need” to want to carry a permit. The Second Amendment doesn’t count. Governor Chris Christie made allusions he wanted to change that but the longer this drags on, the more it just looks like a cheap quick shot. And that round fist landed square in the kidneys of precisely every taxi cab driver, Uber driver, and pizza deliver driver wandering into harm’s way for little better than minimum wage. Because their lives don’t count in New Jersey — the criminals do.

“The proposed regulation by Gov. Christie’s administration is overreaching. It is far too broad with respect to concealed carry weapons,” said Assemblyman Lou Greenwald.

Don’t want crooks to have to look over their shoulder while they’re robbing someone in broad daylight, do we?