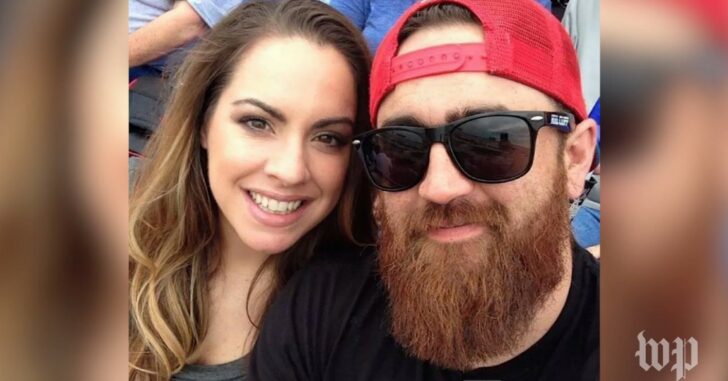 “Just before noon on Monday, 35-year-old T.J. Antell, who had served in the Marines, watched the unfolding of a domestic dispute between a man and a woman outside a Walgreens in Arlington, Texas, authorities said. The man, a soldier stationed at Fort Hood, allegedly fired a gun twice, one bullet burying into the ground and another striking the woman. He then climbed into his truck in the parking lot and attempted to leave when Antell tried to stop him.” So reports the Washington Post. And nothing at all good came of Antell’s efforts to stop a fleeing suspect . . .

The initial altercation that turned the morning bloody began as a spat between Bradden and his wife, Quinisha Johnson, an employee at the Walgreens, reported the Dallas Morning News. The couple was arguing outside the store when Bradden pulled out his gun and fired it twice at his wife’s feet, striking her once in the ankle, according to reports.

As the shooter, Ricci Bradden, tried to leave the scene, Antell tried to stop him. Bradden stepped out of his vehicle and shot Antell in the head.

There are few situations more volatile than domestic disputes. But no matter what the nature of the altercation, Bradden was leaving the scene when Antell tried to intervene, presenting no immediate threat to anyone there.

Police spent most of the day interviewing witnesses. When asked if Antell should have intervened, Arlington police spokesman Christopher Cook told the Dallas Morning News there’s no clear cut answer.

“Without having all the details, it would be inappropriate for me to speculate,” he said.

Antell’s instincts were obviously admirable, motivated by a desire to help and prevent an attacker from escaping. But letting him go would have likely left all concerned unharmed.

The WaPo piece then does the obligatory devolution into anti-gun agitprop, noting a few other recent concealed carrier-involved shootings. Because their readership mustn’t be left with the impression that guns are ever a valid solution, no matter how many times they’re used to defend innocent lives. And so it goes.