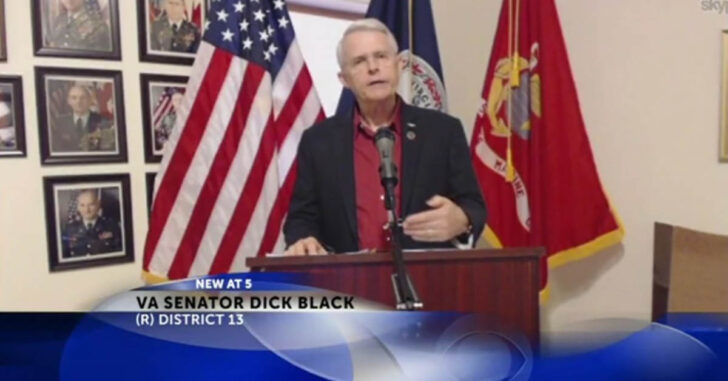 One Senator in Virginia wants law-abiding gun owners to be able to carry concealed without the need for a permit. It’s a fantastic idea, but how far could it actually go in Virginia — considering what just happened with their reciprocity changes that heated up all sorts of debates.

Senator Dick Black stated, “We want to restore the Second Amendment to what it was originally intended to be, which is the right of the people to keep and bear arms.”

Currently, Virginia is an open carry state. This means that any(legal)one can openly carry a firearm without the need for a permit.

Black feels that this proposed bill, the first of it’s kind for the state, could pass after a couple legislative sessions.

Those against the bill have spoken out about permitless concealed carry negating the current required training.

Certified firearms instructor Gary Widner is not entirely on-board with the proposed bill. “There’s so much liability with the use of a firearm and carrying a firearm that if you don’t have the proper training you’re going to wind up in a lot of trouble,” Widner, owner of Defensive Firearms Instruction in Bristol, Va., said.

Several states have already passed similar bills, yet we don’t hear of mass casualties as a result. And in line with training requirements, other states that still require permits to carry concealed, do not have anything in place that require an applicant to be involved in live-fire training.

In the end, I believe that we will be seeing more of this change happening across the Country in the coming years. The overall tone is changing, and it’s really about time for Constitutional Carry in as many states as possible.