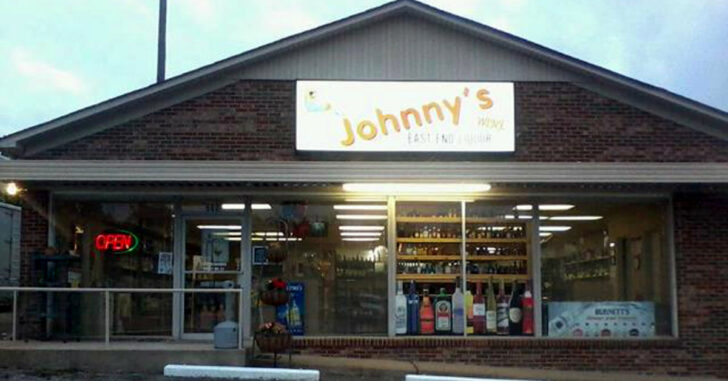 LEXINGTON, TENNESSEE — A liquor store owner in Lexington is thankful to be back at work after a robbery attempt.

Johnny Adams, owner of East End Liquor in Lexington, Tennessee, was having an ordinary Tuesday evening when two masked men entered the store with, what appeared to be a gun, and demanded money.

Mr. Adams’ first instinct was to give the men what they wanted and let them leave… until one of the men punched him in the face.

Recalling the incident, Adams said, “I can hurt you if you do crazy stuff to me … I can’t deal with you hitting my mouth.”

At that point, Mr. Adams, having never fired a gun in his life, retrieved the handgun from beneath the register and fired one shot, missing the suspect.

The suspects wasted no time leaving the scene, and Mr. Adams chased after them, firing another wayward shot.

At 61, Adams said, “This is the first time that I’ve ever shot a gun … no wonder I shot the wall, but I really meant to hit him.”

Lexington Police Department Captain, Jeff Middleton defended the store owner’s actions, stating, “If they’re in fear of death or bodily injury, they have the right to defend themselves.”

Though Mr. Adams suffered only minor injuries and the story has a happy ending, there are at least two very important lessons here:

First – Training is of the utmost importance.

If you have any plans at all to rely on a firearm for your personal protection (even if you don’t plan to carry and the firearm just sits under the counter), get some highly-qualified training.

Mr Adams got lucky. His errant shot was enough to scare the suspects into a hasty exit. Your errant shot my be the difference between a happy ending and a tombstone with your name on it. Learn to hit your target.

Second – There are some businesses that are prime targets for thugs. And liquor stores are certainly near the top of the list.

If you are an employee of a high risk business that has either an unclear firearms policy or a no-firearms policy, find a way to ask your employer to reconsider their policy. And, if they acquiesce, get the training.

If you own a liquor store or other high risk business in a place where it is legally allowed, you should seriously consider allowing your employees to be armed while they work. They’re lives could depend on it. And, should something go wrong and one of your employees is seriously injured or killed on the job, you don’t want or need that kind of guilt in your life.