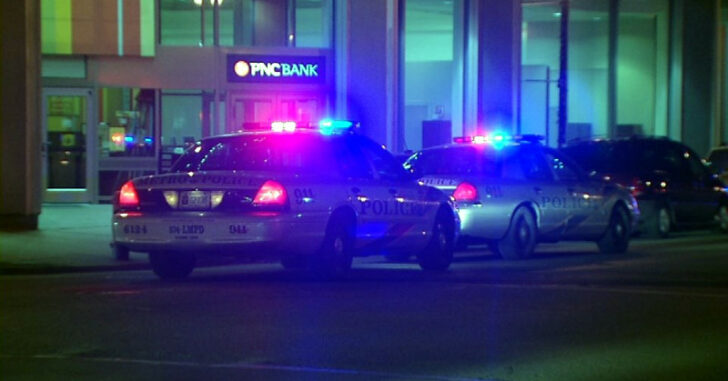 LOUISVILLE, KENTUCKY — An alleged armed robber got more than he bargained for when he attempted to rob a woman in downtown Louisville.  The woman reported that she believed he had a weapon.  When he attempted to rob her of her possessions, she took her handgun out of her purse and shot him at close range.  Witnesses report they saw a man running in vicinity of PNC Plaza and the woman ran up to police to report the incident as well.  The armed robber was captured by police promptly and taken to a nearby medical facility where he was treated for non-life-threatening injuries.

According to WDRB, no charges have been filed at this time and an investigation is ongoing to determine what exactly occurred.  From the outset, it looks like the woman was most certainly looking to defend herself and she did the right thing in contacting the police immediately following the incident.

It’s just one more reason why we need to take concealed carry seriously.  These events can happen at any time, any place, and especially when we’re not expecting them.  We’re all very thankful she was able to responsibly defend her own life and property.

That said, purse carry can be a very tricky subject in the concealed carry community.  While many women find this to be a method that works for them, it has been subject to plenty of scrutiny in cases of purse snatching or when the robber attempts to gain control over the purse.  These situations can leave a woman effectively defenseless.  To make matters worse, this can also enable the robber to have access to a firearm that doesn’t belong to him.  Even if he’s able to escape with no harm done to either party, he is now in possession of a firearm that isn’t his and is most certainly in bad hands.

If you find yourself teetering between purse carry as an option and something more reliable like an inside the waistband concealed carry holster, I strongly urge you to consider the equipment you’re using and to train for the likelihood that your purse will be the main target of any attempted robbery.