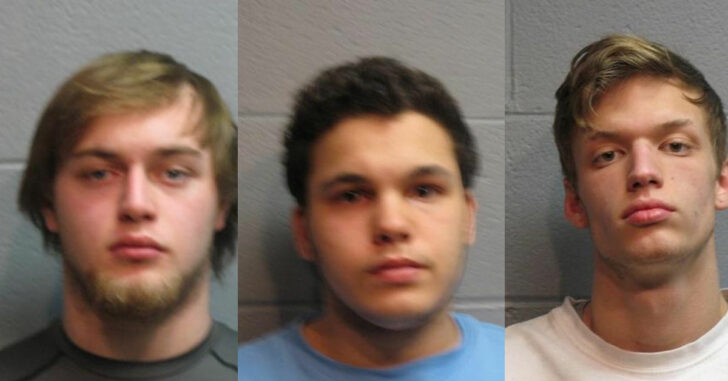 COSHOCTON COUNTY, OHIO — A concealed carrier pulled into the driveway of her great niece’s home only to find four young men fleeing from the residence.

Coshocton County Sheriff’s Office confirms that the concealed carrier managed to capture two of the four culprits suspected of aggravated burglary and a great grandfather managed to track the remaining two with his pickup truck. He phoned in their location and identified them for deputies to recover.

All four suspects are being charged with a felony according to the Times Reporter. No violence was reported, thankfully, and it appears that the young men really didn’t resist all that much once they realized they’d been caught. Coshocton County Sheriff’s Office is still investigating the matter and it definitely appears like it was better to be safe than sorry for this concealed carrier.

Especially when it comes to family, it’s important to always be carrying your concealed firearm. You never know on what occasion you’ll be called upon to use it — and thankfully in this case it didn’t involve actually putting rounds on target.

We can never assume anything about the people we see breaking and entering into other people’s homes. Numbering four in total, that’s more than enough to potentially ambush or overpower a single concealed carrier. Use good judgment and be careful when pursuing suspects on foot — that’s ultimately the job of the police. The last thing we want to find out is that one of the suspects we’re chasing is actually armed, too.

Previous article: Post Office Gun Free Zone Appeal Won't Be Heard By The Powers That Be Next article: Armed Intruder Kicks Down Bedroom Door, Is Shot By Homeowner On Other Side