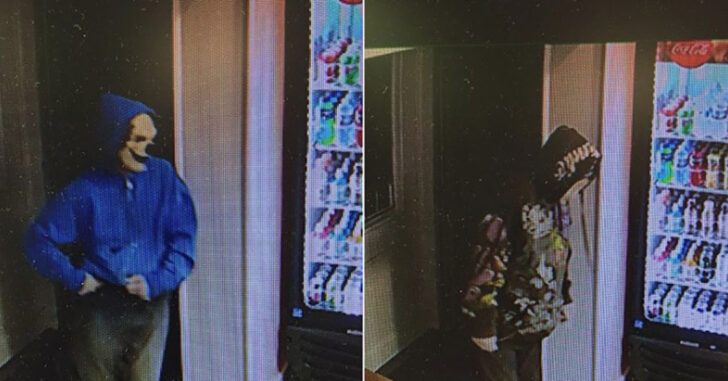 SURFSIDE BEACH, SOUTH CAROLINA — An armed robbery by two suspects at a pharmacy didn’t go according to their plans when the target, the armed business owner, fired shots in their direction.

The attempted armed robbery began with two suspects in masks, and they approached the pharmacy and pulled guns on the owner. Acting quickly and determined not to go out by the hands of two thugs, the owner drew his firearm and fired at the suspects.

The thug life drained from them quickly and they fled. Tough guys.

The suspects are still on the run and as you can see from the images above, police have released images of both the suspects and their getaway vehicle. Hopefully they’ll be caught but in the meantime, it’s nice to see another armed citizen who refuses to be a victim.

Previous article: Angry Ex Forces Way Into Home And Opens Fire, Is Then Met With Gunfire And Taken Out Next article: Attempted Kidnapper Chooses Target That Has A Friend Carrying A Gun; It Doesn't End Well For Him