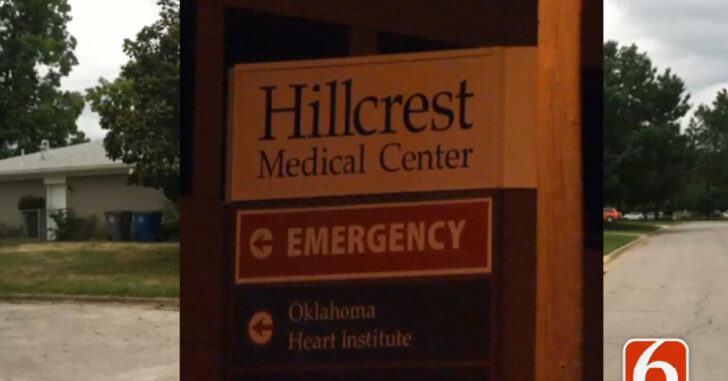 TULSA, OKLAHOMA — A woman shot one home invader in the chest after him and his buddy burst in through the front door. That brought their robbery to a standstill and left neighbors wondering, “if it can happen to her, can it happen to us?”

That’s precisely the question we need to be asking ourselves.

As Oklahoma’s News on 6 reports, the two robbers hit the house on a Sunday night. Thankfully, this woman was ready and able to handle the situation.

via Oklahoma’s News on 6

“As they continued towards her, she drew the gun up and shot about three rounds at the suspects,” said Corporal RW Solomon.

They obviously thought this was going to be an easy job. Elsewise, why would they in the world think that an armed woman home alone wouldn’t open fire to defend her life and her property?

Wrong choice. One of them is in the hospital after his buddy evacuated him to a nearby medical center. He’s in the Intensive Care Unit of the Hillcrest Medical Center in Tulsa, Oklahoma where he’ll likely remain until he either gives up the ghost or comes back in a severely debilitated state.

There is no such thing as taking a round center mass and going on to have a good day.

One neighbor, new to the area, talked to the local news station about her feelings on the situation.

“I went to the QuikTrip and when I came back, there was just a bunch of people outside a few hours down over there,” said one neighbor to Oklahoma’s News on 6. “I just moved in. This is my second month living here so…a little nervous, yeah.”

Sounds like we’re about to get ourselves one more convert to the Church of Concealed Carry.

No matter where we move, no matter how good we think our neighborhood is, there’s always the potential for some dumb thugs to think your home is prime real estate for the taking. If you choose, you can go through life hoping “may the odds always be in your favor” or you can even the odds a bit by being prepared and carrying every day.

Previous article: #DIGTHERIG - Bryce and his Springfield XDs 45 in a Fobus IWB Holster Next article: Construction Worker Fires On Would-be Robber While On The Job