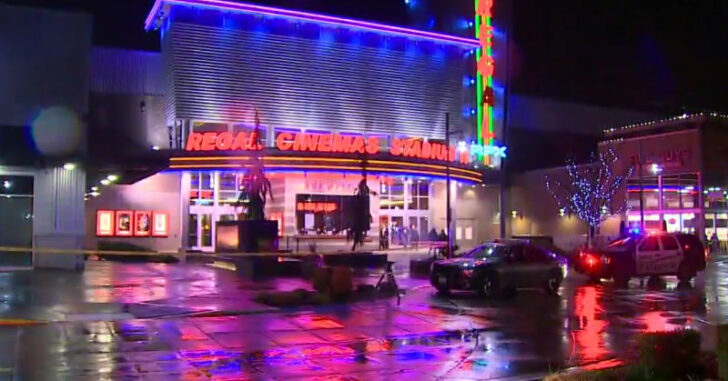 RENTON, WASHINGTON — A man allegedly fumbled with his concealed carry pistol in a theater in Renton, Washington, before it negligently discharged and hit a woman sitting in front of him.   Police quickly responded to the scene and the man reportedly appeared to be inebriated.  He returned home where he then surrendered to police without incident.  The woman was critically injured by the discharged round and there is no further word on her condition.  According to NBC K5 Washington, police say the man had a license to carry a concealed handgun and the handgun discharged when it fell from his hands and hit the ground.

There’s a bus coming, friends.  It’s rolling up now.  And sadly, this dude just threw himself under it.  We’ve talked about this before.  Drunk and concealed carry don’t mix.  Drunk in public and carrying concealed definitely don’t mix.  But, to be perfectly honest, it’s not the alcohol’s fault.  It did its job just fine.  And it’s not the gun’s fault — because guns don’t just magically discharge rounds.  It’s certainly not the woman’s fault and let’s just go ahead and say the holster might need to be taken in for questioning — no, no, no, it’s straight up this concealed carrier’s fault.  There’s really no where else to point a finger.

We’re constantly pushing to remove the barriers of when and where concealed carriers can legally go.  Right now, most movie theaters have a standing policy of not allowing weapons in their theaters.  How well do you think those negotiations are going to go if people going to the movie theater have to also worry about drunk concealed carriers being irresponsible with their guns?

I’m not yelling at you, the responsible concealed carry audience.  If anything, this serves as a reminder why we tend to stick close to home if we plan on having a few oat sodas.  And I’m not altogether discouraging concealed carriers from legally stretching their legs once in awhile.  But we need to always be situationally aware — and that begins with being mindful of where we are and our state of mind while carrying concealed.

Some woman’s life is effectively shredded because some idiot thought it was a good idea to fumble around with a loaded firearm in a crowded theater.  That shows a blatant disregard for that person’s life and well-being.  It also shows a depth of ignorance on the basic fundamentals of firearm safety.  Those two things are simply not compatible with responsible concealed carry — and they’re certainly not going to win friends in the anti-gun community.

If we want to maintain our Second Amendment rights, which have been granted to us as inalienable and sovereign human rights, then we need to take that personal responsibility for our actions and have a decency and respect for others’ lives as well as our own.