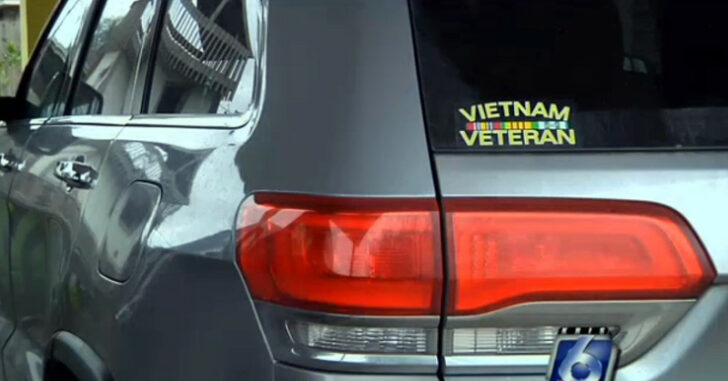 CORPUS CHRISTI, TEXAS — An elderly Vietnam veteran was a recent victim of an attempted robbery in his own driveway.  According to KRISTV 6, the 69-year-old arrived home with his wife and pulled into the driveway.  His wife got out and headed indoors and he was sure to follow until a man stopped him and held him at gunpoint.  Once he realized he was being held at gunpoint, the veteran drew his own concealed carry handgun and shot the robbery suspect twice — once in the stomach and once in the back.  The concealed carrier then held the attempted robbery suspect at gunpoint until police arrived.

“My dad can’t really hear, pretty hard of hearing, so apparently the guy asked him to give him his wallet. And it took him a few times of repeating, and my mom finally heard. And by then my dad realized that he was being held at gunpoint,” Medina said.

This is a case of “do or die”.  A criminal so brazen he’s willing to target an older couple and attempt to rob them in broad daylight shows a general disregard for anyone’s well-being and a complete lack of any fear of consequences.  According to the concealed carrier’s daughter, the couple was targeted specifically because they were elderly and walked around with assistance.  Easy prey, right?  Wrong.

“Because my parents are elderly, because they walk around with a cane, and walker that they are assumed to be easy targets,” she said. “My dad is neither weak and he doesn’t let his disability slow him down in any way when it comes to life and death situations.”

The 23-year-old suspect is currently in the hospital in stable condition.  Once he recovers from his injuries, he’ll be tried for aggravated assault.

This is why daily concealed carry matters so much.  This situation could have gone wrong in so many ways but thankfully the concealed carrier was able to get the upper hand and save himself and his wife from this armed criminal.  When criminals target their prey based upon how easy they think it will be to knock them off, it’s time to realize that concealed carry is the common denominator that allows law abiding citizens their afforded right to defend their lives, their family, and their property.

Good work, sir.  And it always stands as a gentle reminder to the rest of us — carry everyday.