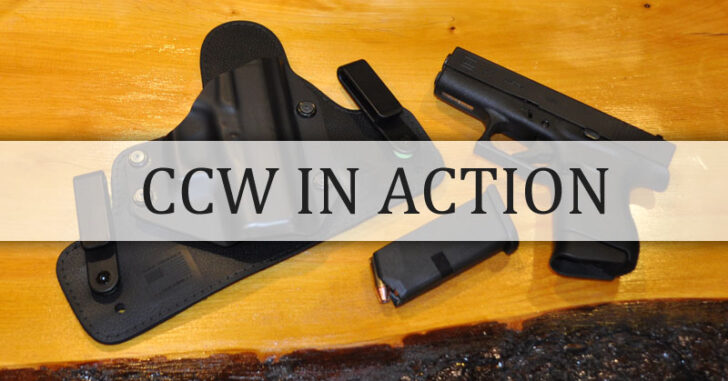 One by one, the armed robbers were said to be robbing patrons at the bar. That’s when one of the bar employees stepped in to take action.

Police say two men entered a bar on the 4800 block of Erdman Avenue just before 1 a.m. on Sunday and began robbing customers. Police say as an employee told one of the suspects he was calling the police, he saw the man reach into the pocket of his sweatshirt as if searching for a weapon. Police say the employee, who had a handgun, then fired, hitting the man in the abdomen. Police say the suspect fled on foot, and went to Johns Hopkins Hospital for treatment.

It is not clear where the other suspect went but we do know that had the bar employee simply sat by idly, innocent people could have been injured or killed.

Now I’m no ‘thug expert’, but I am under the impression that if you’re in fact, a ‘thug’… that means you likely consider yourself a tough guy. Heading straight to the hospital after being shot in the abdomen isn’t very tough. Why not just go back home, take a few swigs of Jack and then rip that bullet out with your bare hands. Sew yourself up and bam, you’re done. Thug Life. Now THAT’S a tough guy.