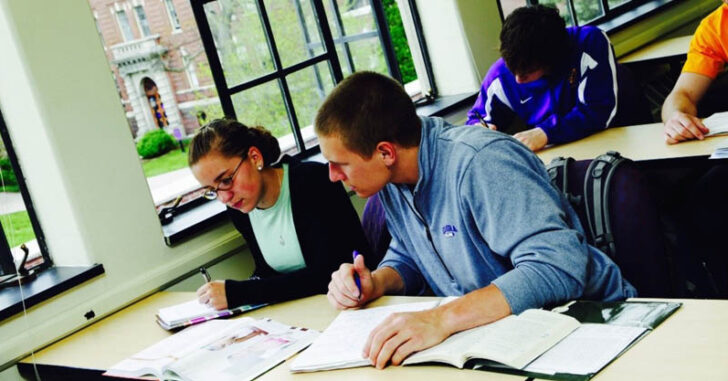 Lisa Moore is an English professor at the University of Texas, and is a founder of the group Gun Free UT. The group began after the campus carry bill was signed into law in Texas recently.

Whatever the cause for action, Moore seems to be under a grave misinterpretation that anyone who carries a firearm will snap at anytime. Her comments come from a few past incidents she has encountered in her classroom and she states that had one of the ‘problem students’ been (legally) carrying a firearm, things would have turned out much worse.

I teach gay and lesbian studies. When I first got here in the early ’90s, I had an office on the ground floor of the English building, and I had a lot of posters up advocating for gay rights. One day, someone broke into the office, burned my gay rights posters, and then wrote “depravity kills” all over the windows. It was scary enough for me to know someone was willing to commit a serious act of vandalism. Were it the case that someone could have brought a gun into my office, during office hours, I think I wouldn’t have been able to do my job.

I am under the strong impression that a law-abiding firearm-carrier does not commit B&E or arson; because law-abiding. This is the common argument on the gun control side; that we’ll snap at any chance we get. If we disagree with you, BANG! If we get into an argument with you, BLAM! It’s idiotic and downright insulting. My personal record of violence against other people is zero, and that’s not going to change.

Now if I’m in your class and a gunman comes through the door, then I’m a threat to that gunman. See how this works, Moore?

More recently, during the semester after the Virginia Tech shootings in 2008, I was teaching an LGBT literature class. Sometimes the class riles up students, and I had a student that semester who believed, among other things, that gay people were going to hell. After a while, I guess as a kind of protest, he started coming to class and lying on the floor. He also started posting things online about not doing the reading and said that he would stop other students from doing the reading. I got nervous and went to my supervisor, and it turned out this student had problems with mental illness and had, in the past, been taken out of other classes. Subsequently, he was removed from my class, and I wound up teaching the rest of the semester in an undisclosed location, with an armed guard stationed nearby.

While I cannot comment on the degree of mental illness this student may or may not have had, I can say this: The discussion is ‘legally armed students on campus’, and that’s really it. There will always be people who perform demonstrations, and people who cause a stir for whatever reason. But it doesn’t mean that A) that person is going to start shooting everyone and B) they mean any harm whatsoever to anyone.

It’s more paranoia and less gun control, if you ask me.

At the first sign of anything out of the ordinary, our society now flips a switch. They go from 0 to 60 in no time. It’s a place where anyone and everyone is a suspect, and so many people are up to no good.

Don’t get me wrong, it’s great to be vigilant and keep a watchful eye on the things happening around you. But to imply that law-abiding gun owners are going to cause death and harm to students sitting in a classroom is simply absurd.

We just witnessed a concealed-carrying student who was in the vicinity of the recent university shooting in Oregon. He ultimately did not intervene. He also wasn’t on campus to commit murder, even though he was carrying a firearm.

Previous article: [VIDEO] TRUMP On 2A: "I Have A License To Carry In NY. If Somebody Attacks Me, They're Going To Be Shocked." Next article: DISCUSS: Parent Who Left Pistol In Unlocked Car At Elementary School Surrenders His Permit And Gun