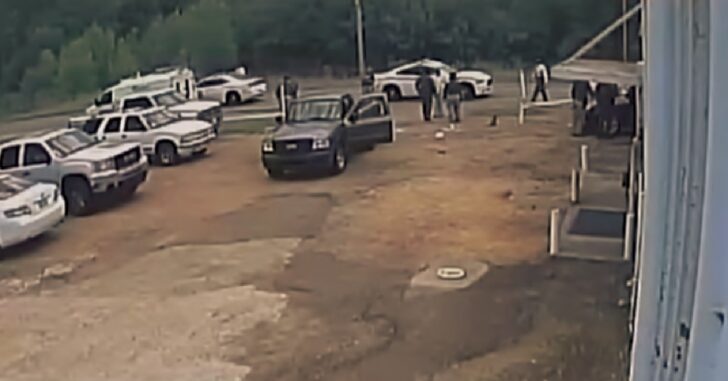 JACKSON, MI — A Jackson businessman will not be facing trial for an indictment for first degree murder after all, according to reports.

That’s fortunate — Wayne Parrish, 57, had been indicted by a grand jury for the murder of a delinquent who was clearly posing a deadly threat. The shooting was in self-defense.

As the Clarion Ledger reports:

In 2017, Parish was charged with first-degree murder in the shooting death of Charles McDonald, 17, outside Performance Oil Equipment Inc. Parish is the vice president and service manager at the business that sells, services and installs fueling systems. Before the incident McDonald had been dropped off at the Henley-Young Juvenile Justice Center, which is next door to Performance Oil Equipment.

Surveillance video shows Parish and McDonald struggling after Parish comes out with a gun and confronts McDonald. Court documents filed by the defense allege Parish asked McDonald to leave the premises before McDonald refused and appears to rush Parish.

McDonald was shot during a struggle, and video shows it appears Parish shot McDonald again after he was down…

The Lexus that McDonald was allegedly attempting to break into had damage consistent with an auto burglary, according to police. JPD sent the case to the DA’s office, which is routine, and a grand jury decided to indict Parish.

I have no idea why the grand jury attempted to get this guy for murder, but I’m so glad he can now get this incident behind him.

It’s important to note when the shooting happened — 2016. It’s been a very long time since that shooting for this all to settle down.

One may wish to consider, as some have, a concealed carry insurance carrier of some kind to help with what must be one of the most difficult experiences you can go through.