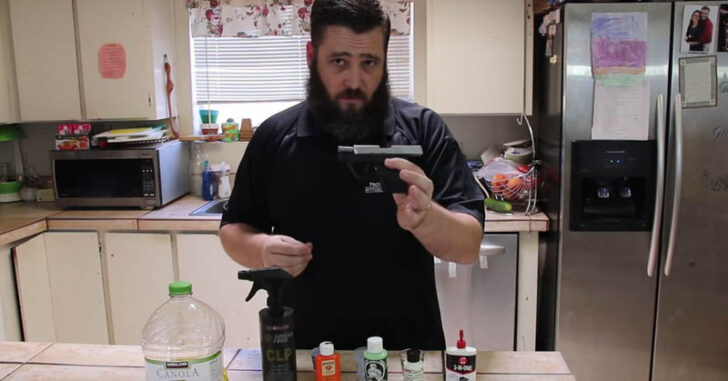 Our friend John over at Active Self Protection decided to throw a video together to compare some of the more popular cleaning/lubricating products out there for firearms. Give it a watch and let’s see what the results are!

There’s been quite a donnybrook about FireCLEAN being canola oil and Froglube gumming up guns when it’s cold. So I decided to test them and see what happened when they were cold! Most importantly to me, I took a Taurus TCP that I had treated with Froglube according to their specs (completely stripped it using a sonic cleaner, then treated the gun while hot, then let it cool and wiped completely clean), iced it thoroughly, and tested its function to see if the striker would function well and it would feed.

I am NOT saying this is a scientific test, or that you should do anything in particular with it. I am just showing what each did and what that means for you and me.

For me, if you treat the gun correctly, I think that Froglube should perform as advertised at least down to 0 degrees. If you don’t, I have no idea. I also can say that FireCLEAN didn’t freeze in the same way that canola oil did. 🙂 No more info than that, though!